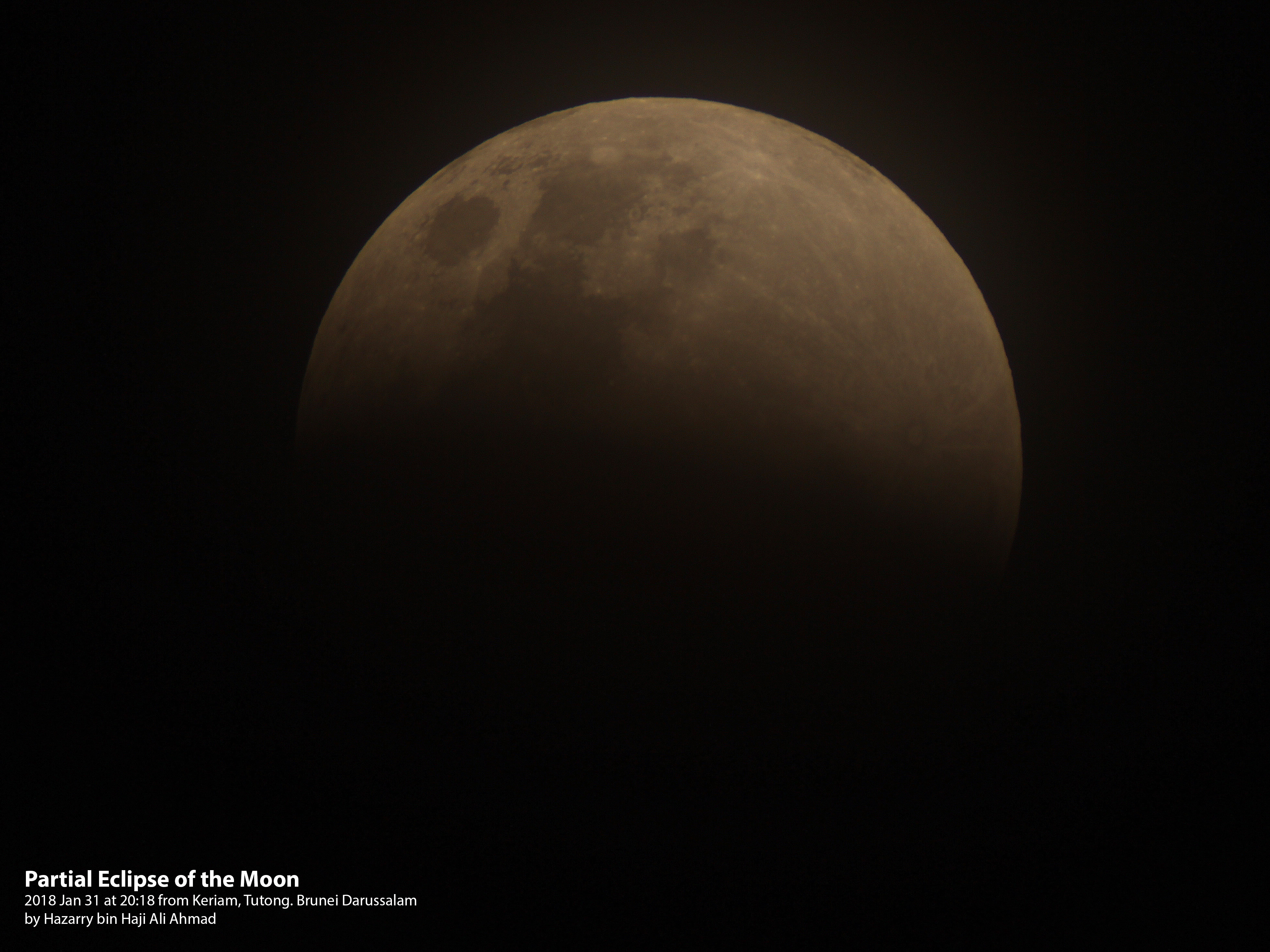 [UPDATE] Exclusive Live Streaming of the partial eclipse observation from Kampong Penabai Kuala Tutong riverside and from various locations around Brunei will be broadcasted from 5.30 pm until 7.30 pm on November 19, 2021 (subject to weather conditions). Watch on Facebook.com/bruneiastronomy also on Youtube.com/bruneiastronomy

Bandar Seri Begawan – A partial eclipse of the Moon will happen on Friday evening, November 19, 2021, and will only be observable for about 46 minutes from Brunei Darussalam.

A partial eclipse occurs when the earth moves between the sun and the moon, but the three celestial bodies do not form a perfect straight line.

The phenomenon will be visible in our country Brunei Darussalam and much of Asia, Australia, North America, South America, Pacific, Atlantic and Arctic.

During the eclipse, some part of the Moon will slide into the Earth’s darkest shadow known as umbra. From Brunei, the eclipse will start when the moon is still below the horizon.

Eclipse watchers in Brunei can observe the astronomical wonder only when the entire moon is above the horizon until 6.47 pm.

Weather permitting, Friday moon eclipse promises to be a dramatic sight – our natural satellite hangs just above the horizon will be half-covered by the Earth’s shadow from Brunei at moonrise, about 6.01 pm.

Since the Moon is near the horizon at this time, observing at a high vantage point or finding an unobstructed sight (free from building, tall trees, etc) to East-northeast is highly recommended for the best view of the eclipse.

The Moon then slowly moves through the faint, outer part of Earth’s shadow known the penumbra, for 1 hour and 16 minutes, from 6.47 pm until 8.03 pm. During the penumbral phase, the eclipse is much more subtle. Often the darkening on the moon is less noticeable, and most observers will only just see the ordinary full moon.

The next lunar eclipse will happen in Brunei on 8th November 2022, which is a total.