UPDATE (Thursday, 07 May 2020): A possible naked-eye outburst of Comet SWAN! Despite of bright moonlight and thin clouds, Comet C/2020 F8 (SWAN) is still visible from Brunei just before nautical twilight today, May 07, 2020 at 0520. The greenish coma is due to molecules of Cyanogen and Carbon gas ejected from the comet nucleus. In the following days, the comet is located very low on the Eastern horizon in early morning twilight, before it fades in full daylight next week.

Another comet observer, Abdul Waliyuddin, a member of Brunei Darussalam Astronomical Society (PABD), managed to capture the beautiful Comet Swan as it makes its way through our solar system. Waliyuddin said “The pre-dawn skies of Seria gave way to a clear view of the celestial ceiling this morning. It was spewing a tail of gas and dust that can extend up to hundreds of millions of kilometres away from its epicenter from Seria, Belait, Brunei Darussalam”

Comet SWAN was only discovered two months ago. There is much to be understood and learned from our skies. Whatever science tells us about the biology of our fingers will always be lesser than the true reality of the wonders of our finger. Likewise, whatever we know about our skies will always be lesser than the actual existential reality of the grandeur of space.

END_OF_DOCUMENT_TOKEN_TO_BE_REPLACED

Bandar Seri Begawan – Comet C/2019 Y4 (ATLAS) is peaking brightness as it close approaching to Earth on Sat May 23, 2020, about 0.25 AU from the Sun. It is readily visible from the Northern hemisphere

Currently in the constellation of Ursa Major, the comet is easily spotted (~magnitude 9.5) and appeared as a fuzzy ball in a small telescope despite of bright moonlit sky last night (Mac 12, 2020). No clear sign of a comet tail at the moment.

END_OF_DOCUMENT_TOKEN_TO_BE_REPLACED 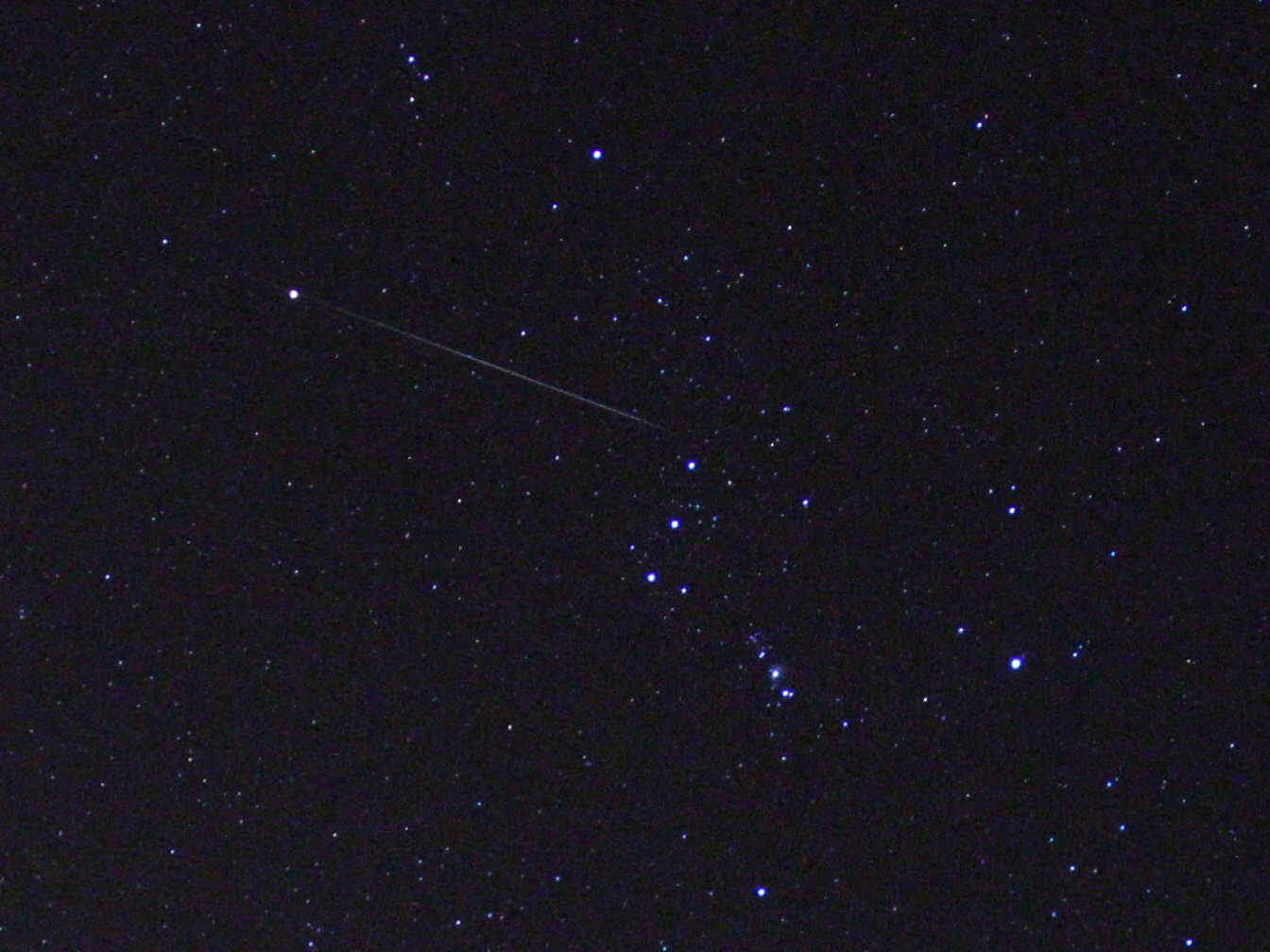 Bandar Seri Begawan – The Perseid meteor shower will peak on the weekends (from August 10 till 13,2018). Weather permitting, the best time to view the wonderful spectacle from Brunei is after midnight, when the shower’s radiant is higher in the Northeastern sky from the constellation Perseus.
END_OF_DOCUMENT_TOKEN_TO_BE_REPLACED 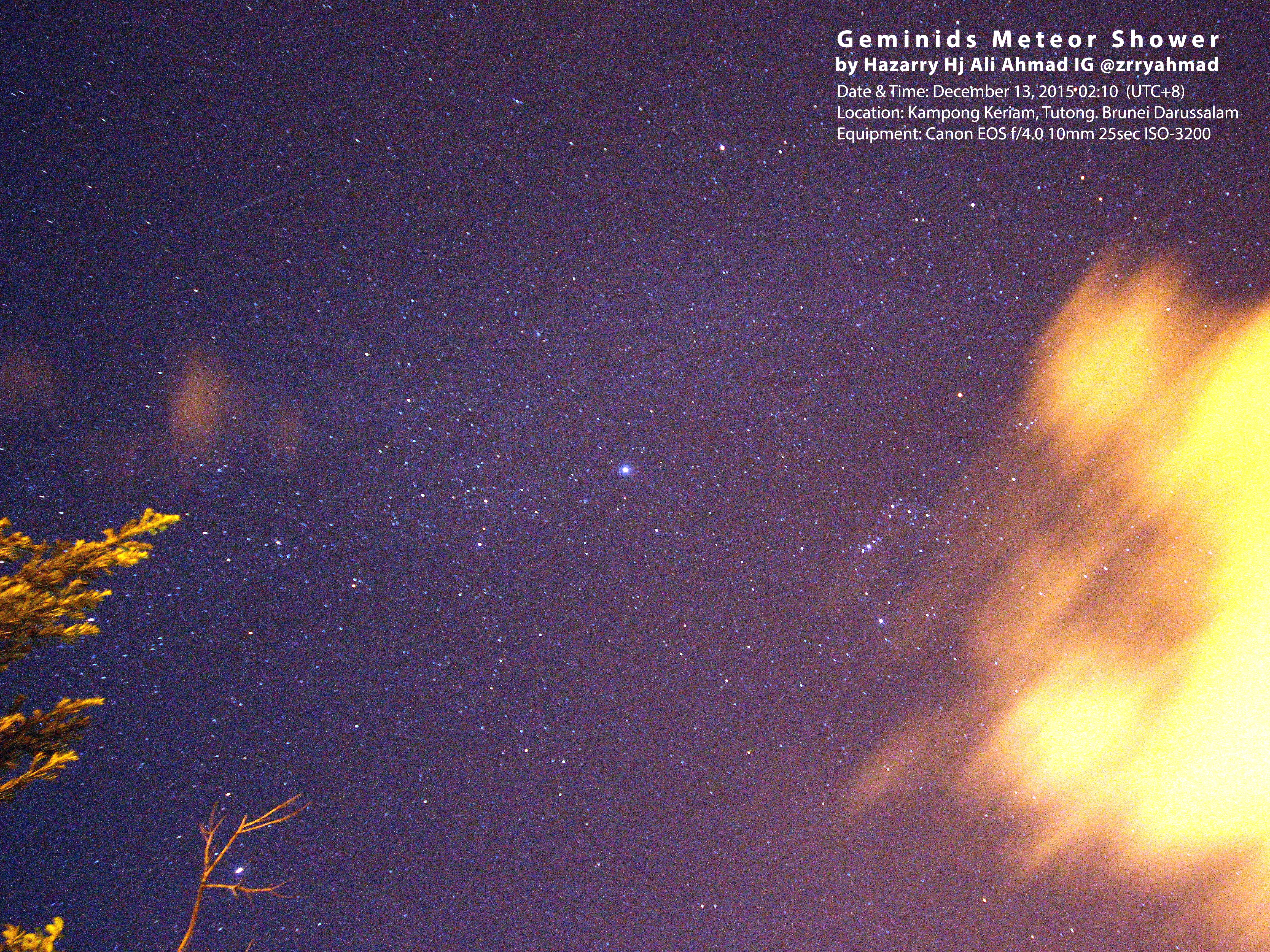 The Geminid shower got its name from the constellation of Gemini or the Twins. From Tutong, there were about 10 meteors in an hour visibled on that morning. The rate is expected to increase as the annual geminid meteor shower peaks tonight (13-14 December 2015). That is when more than 50 shooting stars might be visible every hour (depending on your location/sky). Geminids can be spotted starting between 10 pm and before sunrise, and expected to peak at around 2 am. END_OF_DOCUMENT_TOKEN_TO_BE_REPLACED 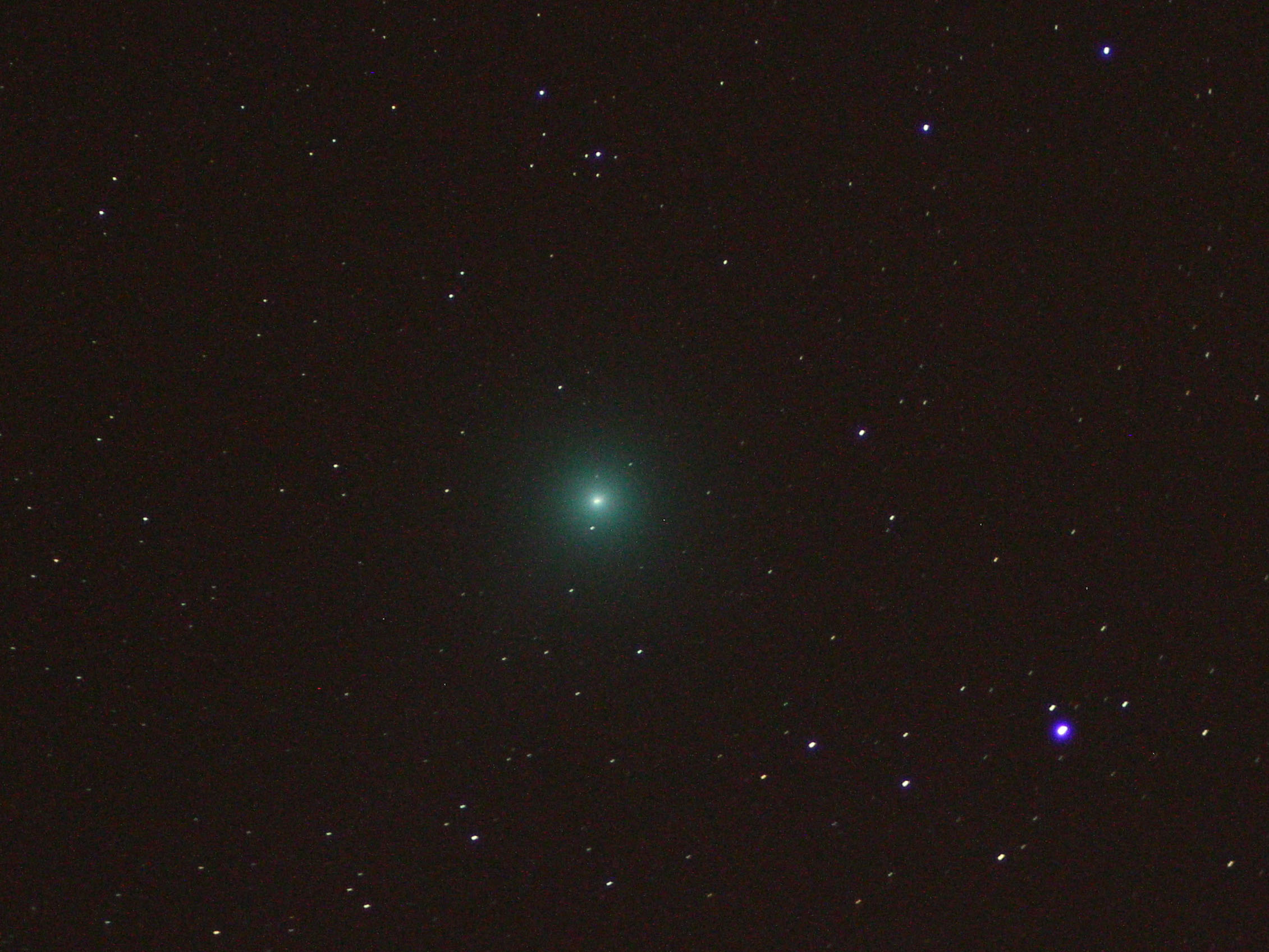 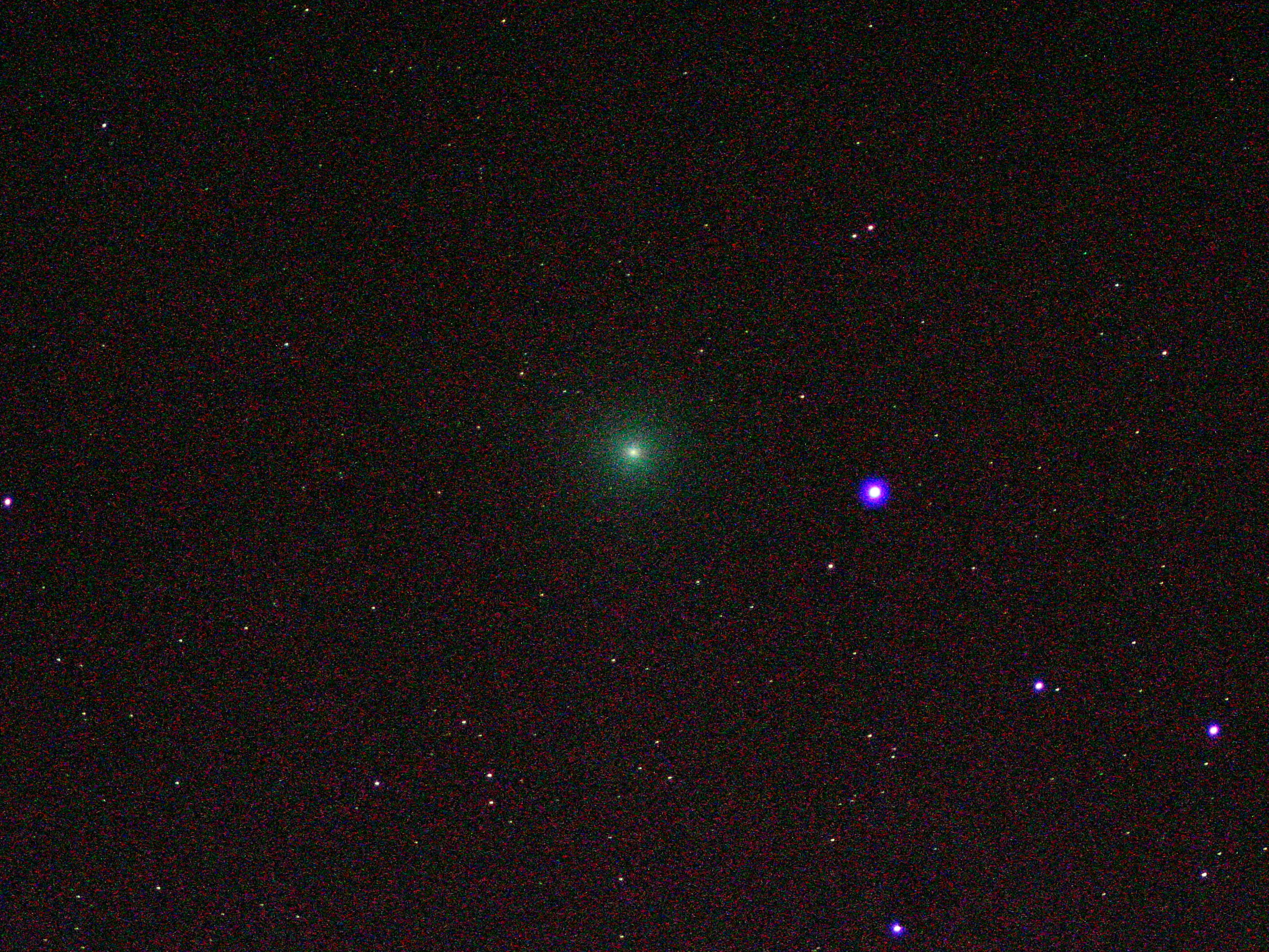 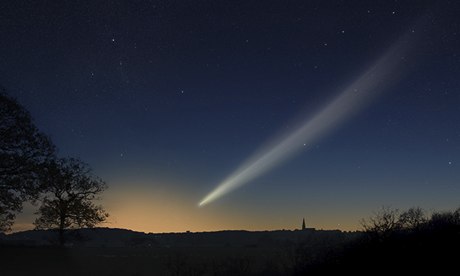 Space Weather News for Nov. 14, 2013 http://spaceweather.com/ COMET ISON OUTBURST: Observers around the world are reporting a sharp increase in the brightness of sundiving Comet ISON. Formerly dim, it is now on the threshold of naked-eye visibility. Comet ISON is plunging toward the sun for a perilous pass through the solar atmosphere on Thanksgiving Day (Nov. 28th). This could be the first of many brightening events as intensifying solar heat erodes material away from the comet’s nucleus. UPDATE: November 28, 2013 ALERT: Unofficial report Comet ISON is definitely into negative magnitudes as seen in LASCO C3. ISON is currently not visible to observers as it is located behind the sun. 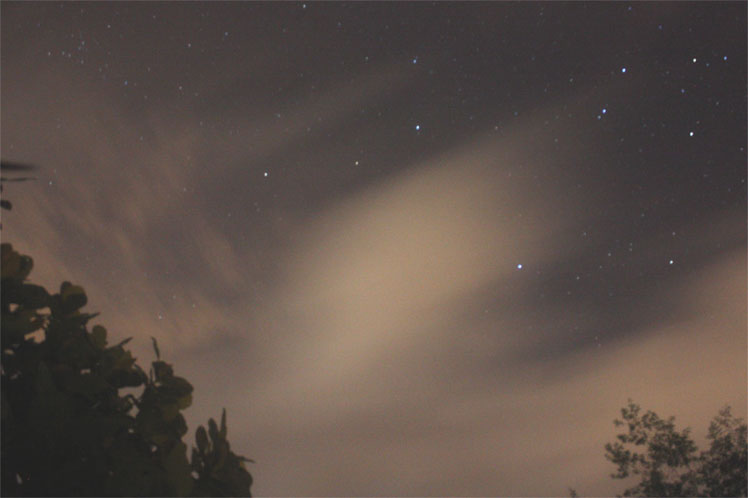 Saturday – This morning, the sky offered an excellent chance for a comet hunting as most of the sky was clear. The search for the comet Lulin began by identifying the star Spica, and hopped to Zaniah of Virgo. A few degree below it, the fuzzy green comet can be seen easily to the naked eyes already despite of lights glowing from small towns.

This week, the Comet (Lulin C/2007 N3) will make a closest approach to the earth on Feb 24. It should be positioned high in the sky at midnight. I urge everyone not to miss this rare opportunity to scan the sky for the comet.

A penumbral lunar eclipse occurs from 1.45 am unti

[Update: No-go! Launch aborted due to weather and

Tonight’s Mercury and Earthshine [📷 1] The pl

The perfect Sun-Earth-Moon alignment on June 21, 2