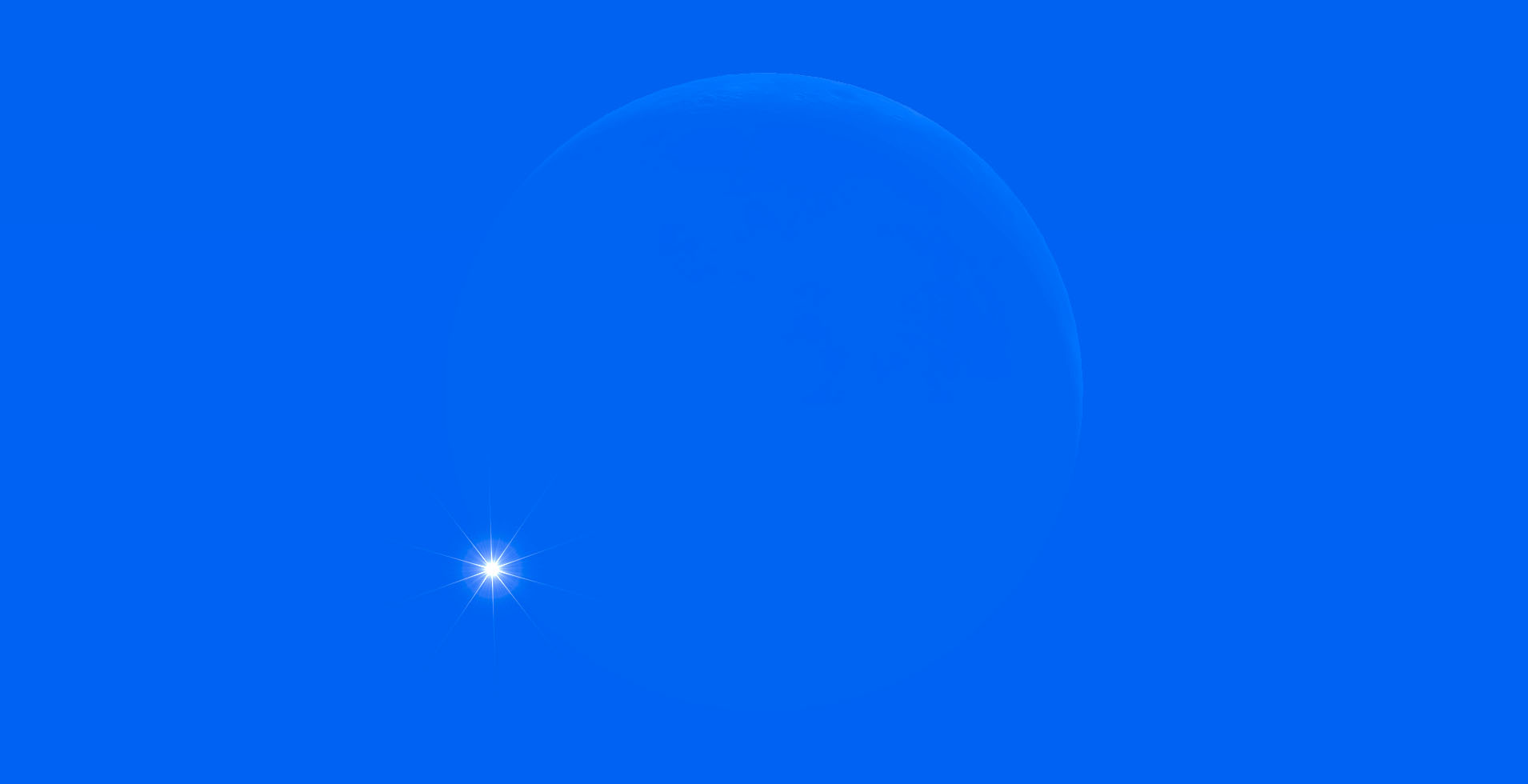 Bandar Seri Begawan – The Moon will pass in front of Venus creating a special celestial phenomenon of lunar occultation on May 27, 2022.

The celestial geometry of an occultation – the Earth, Moon and Venus are in a straight line. During the event, the Moon is perfectly aligned to pass in front of the brightest planet which is visible only from small segments of the world.

For the most region in Southeast Asia including Brunei Darussalam, this lunar occultation of Venus takes place in a daytime sky.

Venus is the third brightest celestial body in the sky after the Sun and the Moon. Currently, the morning planet shines brightly at magnitude -4.1, which is easily visible in broad daylight sky for many experienced observers.

Less-casual observers may need an optical aid such as a telescope or binoculars and aim to the Moon crescent during the daytime to witness this occultation. Venus will be a few degrees away from the Moon hours before the occultation.

If the sky is clear and blue, sky watcher in Brunei should be able to see a very bright “star” (which is in fact Venus) approaching close the Moon prior to the occultation.

Venus disappears behind the Moon at 10.58 a.m. for Brunei Darussalam. As this occultation involves the waning lunar crescent, at the beginning of the occultation, Venus will glide behind the bright side of the moon.

It will then re-emerge from behind the moon’s dark side approximately 1 hour 42 minutes later, at 12.40 p.m.

The Astronomical Society of Brunei Darussalam is collaboratively partnering with six other astronomical institutions and observatories for providing live views of the Moon-Venus occultation from around the regions.

The webcast will begin at 8.30 a.m. until 12.45 p.m. (Brunei time) which can be accessed via www.bruneiastronomy.org or respective co-organiser’s social media platform below: