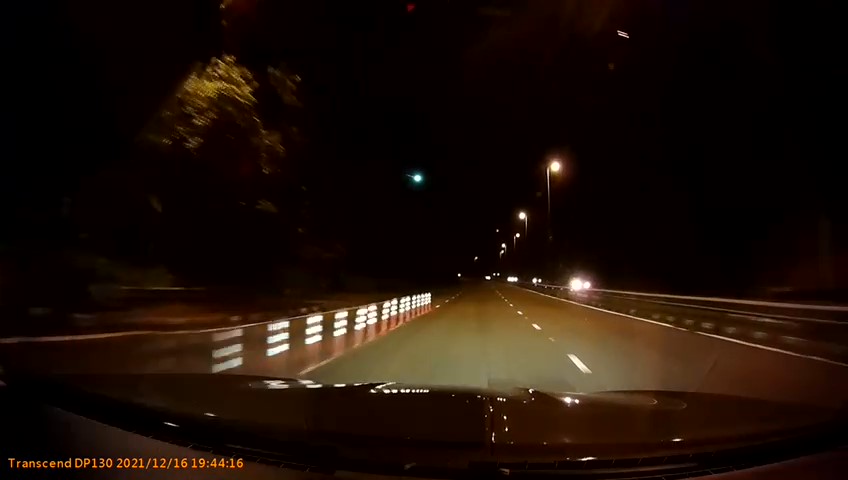 Observers reported seeing the meteor from Brunei Muara District and as far Tutong District. One lucky eyewitness saw the greenish flash and captured what appears to be a bright fireball on his dashcam.

Alhakim, 31 years old, was on his way home from work. A brilliant cosmic beam flashed in front of his view when he was driving along Jalan Kebangsaan heading north towards Jalan Utama Mentiri highway at around 7.40 pm.

“On that evening, out of the blue came something from the sky, and (it) struck from above going all the way with a bright green light,” Alhakim recalled.

His 5-second dashcam footage revealed a meteor coming down from West to East and disintegrated in the air.

“Few seconds later, it dispersed which I guess it broke off,” he said. “It was beautiful!”

The fireball dashing safely above Jame’ ‘Asr Hassanil Bolkiah mosque was also captured by two home security cameras at residence of one of the PABD members in Kiarong.

“It was moving approximately at bearing 040 deg (NE) to 080 deg (E) from Kiarong,” Hj Azri said on his Instagram TV post.

Social media comments by few netizens mistakenly thought the fireball was a comet as Leonard (C/2021 A1) lightshow occurred during its close approach around the same week. A comet orbits in space will display a fuzzy nucleus with its main tail and remains in the sky for few hours.

A meteor or “shooting star”, on the other hand, is the brief flash of light due to dust fragments from space that strike the Earth’s atmosphere at high speeds, and the larger ones will display fireballs.

Sightings of fireball in the night sky can be reported by any public members to the International Meteor Organization (IMO) for studying meteors via online form https://www.imo.net/observations/fireballs/fireball-report-program/.