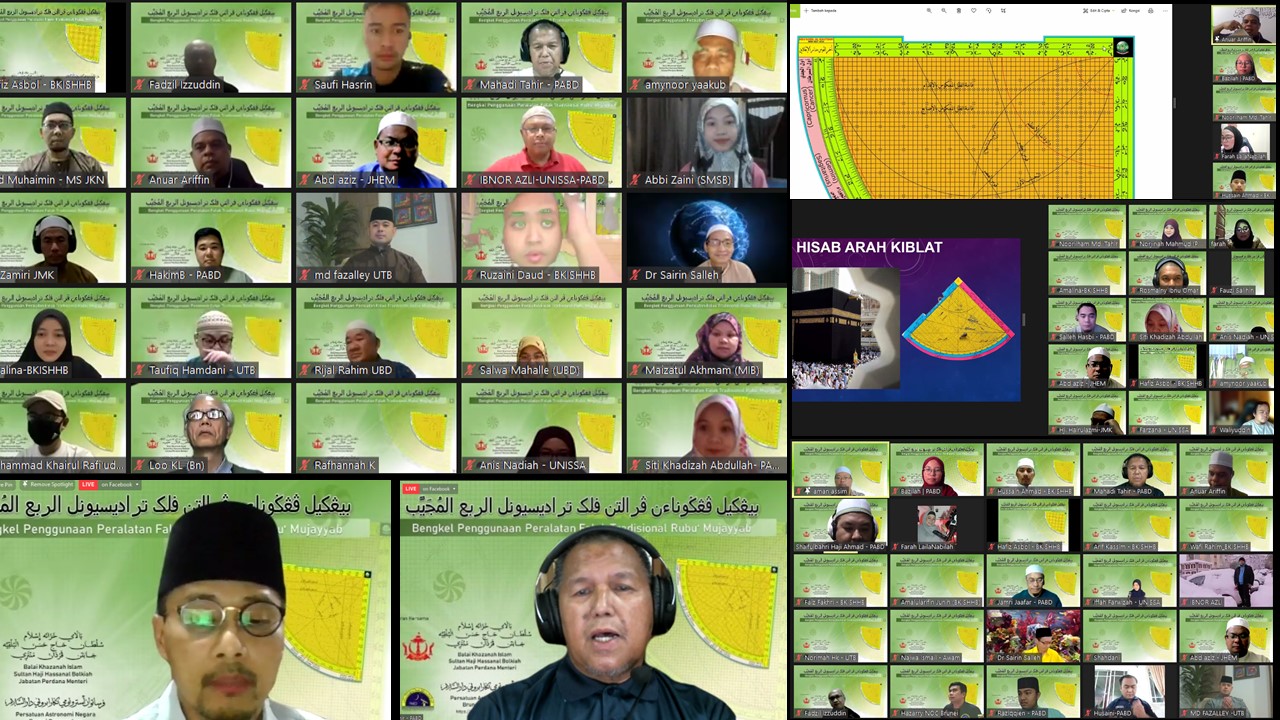 In his closing remarks, Haji Mahadi addressed the significance of astronomical observation during the Golden Age of Islam in the 9th and 10th centuries as a source of learning and major achievements.

“Medieval observatories became places for scientists and astronomers like Al-Biruni and Ibn Sina to gather for scientific discussions and perform astronomical observations. Observatories played an important role in enhancing the development of Islamic astronomy, where celestial objects were studied and led to astronomical innovations,” said Hj Mahadi.

“Since the establishment of the society in 2003, PABD has continually pioneered and developed multidisciplinary knowledge in the field of astronomy and Falak in Brunei Darussalam for the past 19 years.”

He further shared the Society’s aspiration in planning to construct an astronomical observatory for public use and scientific research purposes. “It is PABD’s ultimate vision to build an observatory in Brunei as a platform to expand astronomical knowledge including Falak Syarie in Brunei Darussalam.”

The PABD president also welcomed collaborations and partnerships from all agencies in realisation to set up an observatory, ”to build an observatory will require huge financial costs, and PABD as a non-profit organisation that operates for collective and public or social benefits, sponsorship contributions from companies and other agencies is one of the ways deemed appropriate to realise this big dream into reality.”

Workshop participants had the opportunity to learn and master the applications of a traditional Falak instrument, Rubu’ Mujayyab (Sine Quadrant), in effort to preserve the excellence of Islamic knowledge. The online session was facilitated by Ustaz Anuar bin Ariffin from Butterworth Religious Affairs Department, Pulau Pinang.

Several key applications on the use of Rubu’ Mujayyab were demonstrated during the workshop such as obtaining local time from the Sun’s altitude, solving trigonometric calculations, measuring when the sun is directly overhead, determining the longitude and latitude of a location, calculate prayer times and also to calculate the Qibla direction.