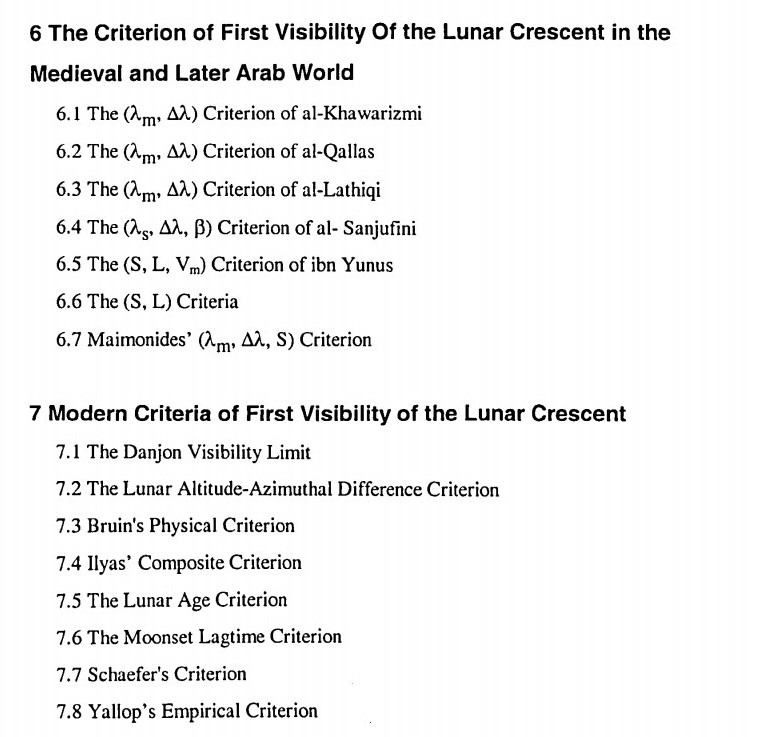 The first part of this dissertation investigates methods of predicting the first visibility of the lunar crescent: an astronomical problem that has attracted the interest of man since ancient times. Many early nations used lunar calendars, the months of which began on the evening of the first sighting of the lunar crescent after conjunction. In modern times, the resolution of this astronomical problem is of special importance -both for historians who need to determine ancient dates exactly and for Muslims around the world, whose religious calendar is lunar. The interest in this matter over the centuries has resulted in the appearance of a number of solutions by a variety of authors for predicting the first visibility of the lunar crescent.

The purpose of the first part of this dissertation is to assess the accuracy of these prediction models using ancient, mediaeval and modern observational data and to explore possible improvement. The study concludes that the concept of a “zone of uncertainty” must be incorporated into any lunar
visibility criterion; it further applies this conclusion to the widely used modern criterion of true lunar altitude versus azimuthal difference between the sun and moon. The observational data show that developing a “zone of uncertainty” in this particular criterion yields the best results of all.