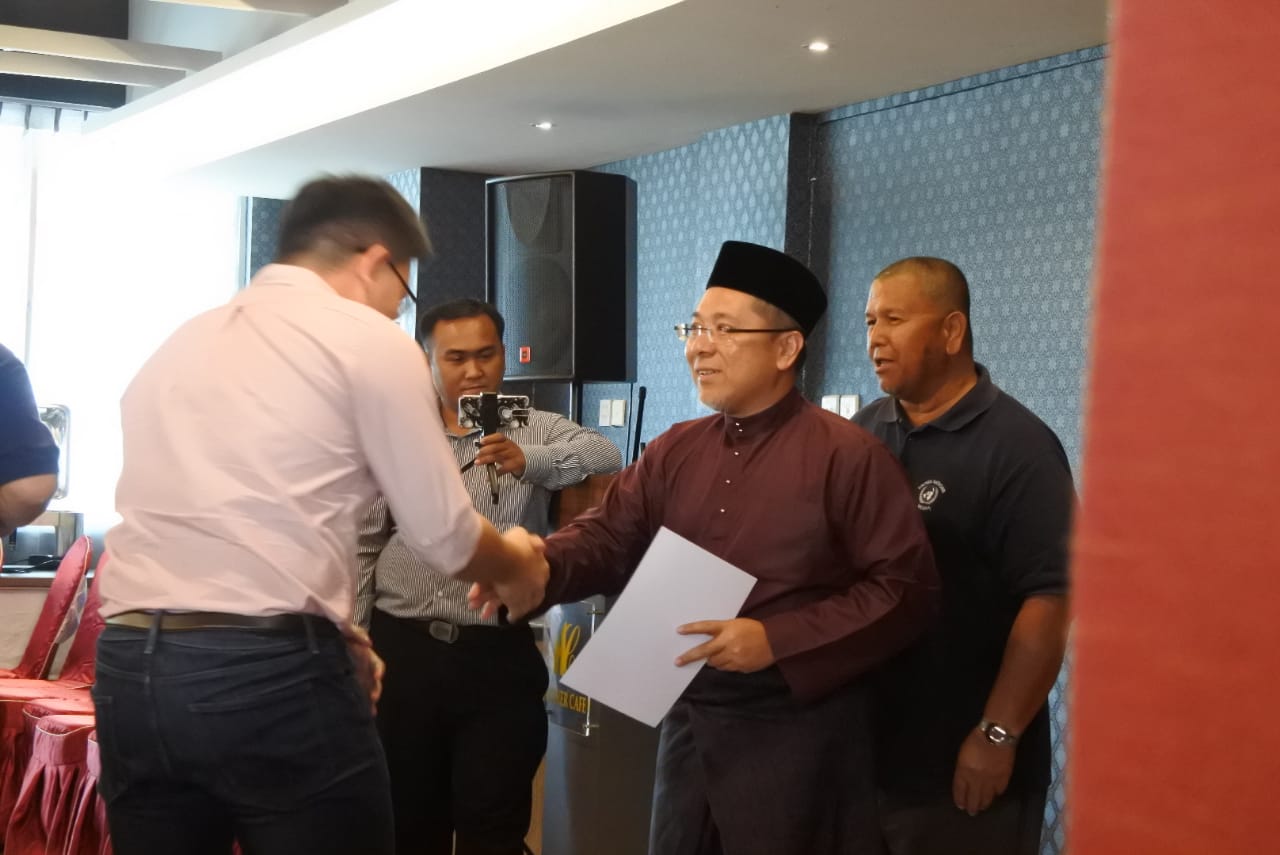 Present during the AGM were advisors to PABD, Yang Arif Awang Hj Johar bin Hj Mohammad, Judge of the Syarie Court and Dr Haji Norarfan bin Hj Zainal, Rector UNISSA. Also present were about 40 members of PABD and members of the public.

The ceremony began with the welcoming speech by Yang Di Pertua PABD, Awang Hj Mahadi bin Hj Md Tahir. The AGM was then officiated by Yang Arif Awang Hj Johar bin Hj Mohammad, one of the Advisor Board members of PABD.

PABD, also known as Brunei Astronomy, was established in 2003 aims to promote and facilitate activities relating to astronomy. The year 2020 had been a year with astronomical marvel with PABD conducting numerous activities for its members and the public. PABD conducted its first International Observe the Moon Night, an annual event supported by International Astronomical Union (IAU) and National Aeronautics and Space Administration (NASA). Similarly, PABD successfully organized online observations and in-person event to observe the Dec 26 2019 Annular Eclipse Observations from Sri Aman, June 2020 Partial Solar Eclipse observation and the Jupiter-Saturn Great Conjunction – a rare astronomical occurrence, back in December 21 last year.

The AGM meeting began with the awards presentation by PABD honorary advisors to two international awards recipients, namely NameExoWorlds Brunei Darussalam 2019 and Telescopes for All 2020. The Certificate of Achievement by the International Astronomical Union (IAU) was awarded to Pengiran Mohammad Rezal bin Pengiran Hj Osman, for proposing the winning names Gumala (star) and Mastika (exoplanet) as part of the national campaign organised in Brunei for the IAU100 NameExoWorlds Project as part of the International Astronomical Union’s 100th anniversary celebrations (IAU100) in 2019. Additionally, Making Space for All – MASA, a proposal by PABD for the Telescopes for All by the International Astronomical Union (IAU) in June 2020 was awarded to Dayang Nur Bazilah bte Zainal Abidin. The MASA project aims to create an inclusive environment to promote safety for women and accessibility to differently-abled individuals in astronomy and activities related to it.

There was also presentation of Certificate of Appreciation to seven members of PABD for their outstanding contributions to the society and to eleven PABD Executive Committee members for their excellent services in managing the society.

The year 2021 too stores impressive astronomical events in which PABD will certainly take opportunities to organize activities for the occasions. Anyone interested to join PABD as a member can visit their website www.bruneiastronomy.org.