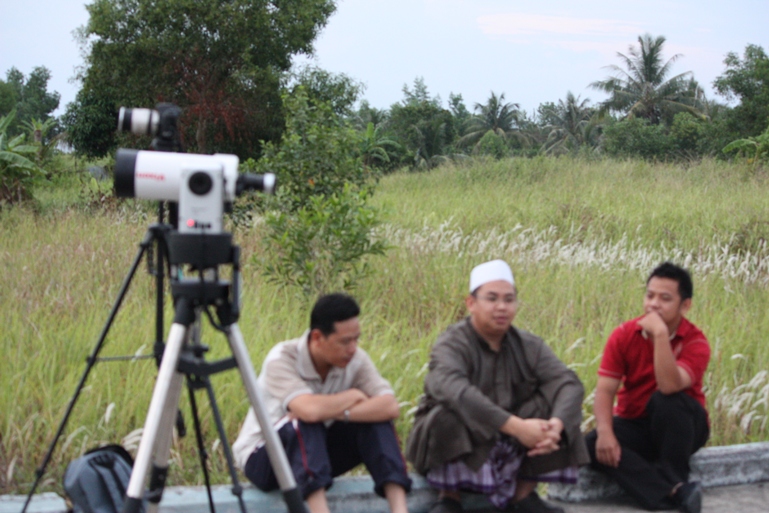 Some PABD members tried to sight the new moon of Syawal at Bukti Agok, on the weekend of September 19, 2009.

It was very cloudy.

The moon was not visible to the naked eyes nor through a telescope. This was largely due to thick clouds over the western horizon.

The official announcement was made on RTB tonight where hari raya will be celebrated on Monday.

A report of the result of the new moon sighting was sent to The Islamic Crescent Observation Project (ICOP).