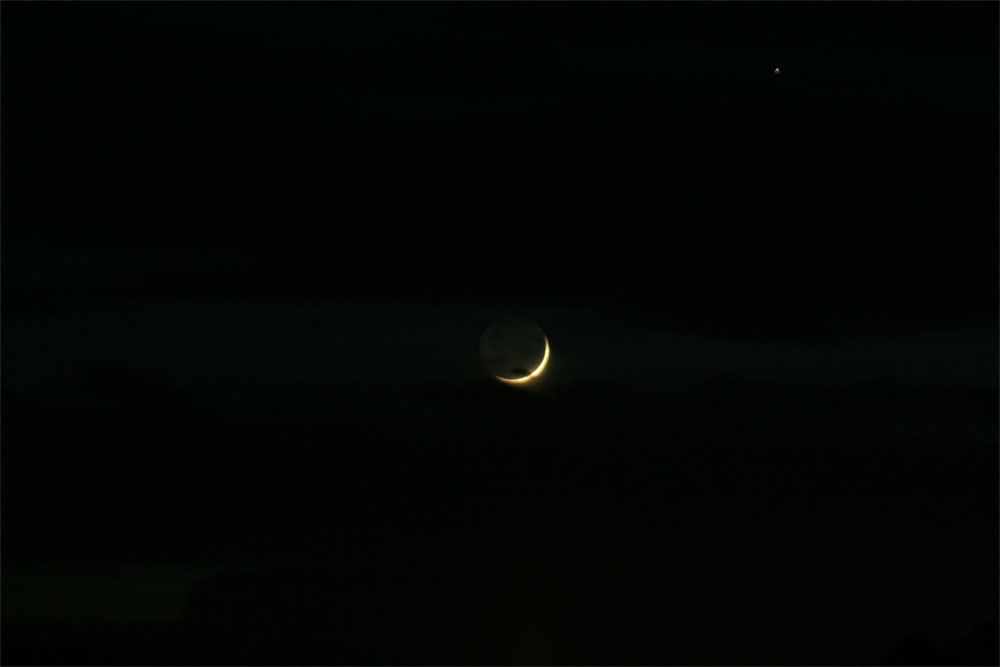 This statement was published on the Opinion page in the Borneo Bulletin Weekend, 19th September 2009, in respond to issues related with the new moon sighting in this country. Applaud to the Chief Registrar of the Syariah Appeal Court, State Judiciary Department of the Prime Minister Office, and the General Surveyor for clearifying to the public thus making the new moon sighting system in this country more clear and transparent.

Courtesy of the Borneo Bulletin

Referring to the opinion “Any other method to determine moon sightings?” by Pg Hj Abd Rahman published in the Borneo Bulletin Opinion page on September 9, 2009, the Syariah Courts and the Survey Department would like to respond on matters concerning the determination of the beginning of the Hijrah month particularly beginning of Ramadhan, Syawal and Zulhijjah.

First of all, on behalf of the Syariah Courts and Survey Department, we would like to convey our gratitude to the party concern on bringing up this matters to our attention.

Under section 29 of the Syariah Courts Act (Chapter 184), every outcome of rukyah that has been determined and confirmed by the Chief Syar’ie Judge, shall be informed to the President of the Majlis Ugama Islam for the matter to be submitted to His Majesty the Sultan and Yang Di-Pertuan.

A decision met in MABIMS (Menteri Agama Brunei, Indonesia, Malaysia and Singapore) meeting held in 1994 had established the manner and method of determining the beginning of the month of Ramadhan, Syawal and Zulhijjah in each countries where Brunei Darussalam practice rukyah exclusively while countries like Indonesia, Malaysia and Singapore jointly agreed that if the new moon is unsuccessful in rukyah in situations where the position of the moon had fulfilled the criteria that it can be sighted (imkanur rukyah), thus the beginning of the month will be based on calculation.

Referring to the fatwa of the State Mufti, the rukyah method that is being practised in Brunei Darussalam is based on clear hadiths (sayings of the Prophet). Thus according to the aforementioned fatwa, it is safer to hold on to the available authority. It has also been debated and decided by jurists from the four schools of thoughts (mazhab) that the method used is by way of rukyah. This method is used in general by all Islamic nations/world.

Hence once the determination and confirmation done by the Chief Syar’ie Judge under section 29 concludes that the new moon has been sighted, then the following day will be fixed as the first or beginning of hijrah month, and if the result of rukyah is not sighted, so the method of istikmal or complete the month to become 30 days will be affixed. This method has been affirmed by Hukum Syara’ and is considered the safest to determine the right to start fasting or to celebrate early Syawal.

Based on the hadith and fatwa of the State Mufti, Brunei Darussalam remains to hold solemnly on the rukyah method and not on method of falak calculation as in the other MABIMS countries. Brunei Darussalam’s practice is the same as those Muslim countries in the Middle East.

It is also important to know that officers assigned to conduct rukyah are qualified and competent officers who consist of officers from the Syariah Courts, the SurveyDeaprtment and relevant officers. Initial preparations done before conducting rukyah among others is surveying the location, conducting briefing on rukyah data analysis such as when does observation time starts, knowing the coordinate of the moon and sun and information on parameter of visibility of the moon as well as preparation of set of instrument Syar’ie Judges on duty at the place of rukyah before forwarding it to the Chief Syar’ie Judge.

As for visibility of moon at sunset, our 10 years records (1419H – 1429H) of moon visibility on 29th days of every Islamic month including Ramadhan, Syawal and Zulhijjah show that, more than 90 per cent of the physical sighting closed to the western horizon of this country has problems associated with thick clouds which prevent the moon crescent from being sighted.

It should also be clarified that, the appearance of the 29th crescent is as fine as a cotton thread which is the results of the sun’s rays reflection on moon surface. Slight blockage by clouds makes sighting impossible. Although visual aids such as telescope provide added magnification, resolution and light detection (Charged Couple Device, CCD) capabilities, however we should remember that optical telescope is only design to be light sensitive. Thus when ever light coming from the crescent is blocked, we logically can’t see the moon even in cases where it was supposed to be visible.

The moon height above the western horizon changes by 13? every 24 hours or (~0? 32′ every hour) meaning that, when the height of the moon above horizon on the previous evening (29th days) is 1? at sunset, then on the next day at sunset, its height will be 14?. Then it should be easily seen since the crescent should have been above the cloud which usually exists at the western horizon of this country.

So long as Brunei Darussalam hold on solemnly to the outcome of rukyah whilst neighbouring countries hold on to hisab or calculation, then there will occasionally exist differences of either beginning of fasting or Hari Raya.

The existence of the differences in starting the religious obligations of fasting and Hari Raya amongst Muslims in various countries is acceptable according to syara’ bearing in mind each of these countries has its own monarch or head of state with their distinctive powers.

Concern regarding the delay in the start of fasting or Hari Raya should not arise because according to syara’, every outcome of rukyah in each country is recognized as legitimate and any religious duties of Muslims performed in various countries are legitimate as well in the eyes of Allah SWT. Even though there might be delay of two days from other countries the legitimacy of the religious duties will not be deformed so long as it does not exceed 30 days or is not less than 29 days particularly in performing the fast in Ramadhan.

The scientific way of sending observers on aeroplane to avoid cloud is a good idea, however, the idea has not been the current practice in most Muslim countries due to logistic and economic reasons. This suggestion might be considered and it is subject to approval from related authorities.

However, it must be emphasised that, to perform religious obligations including the rukyah of beginning of the hijrah month, Islam actually in its nature is accommodating and does not require great effort as such to use aeroplane and etc as these are acts of good deeds and each act of good deed is not to be done in a struggle. A lot or verses in the Qur’an and Hadiths of the Prophet SAW gave guidelines so that every religious obligation will not have to be done in hardship. For example, if water is not available so ablution (wudhu) may be substituted with the act of tayammum which is sufficient to enable prayer to be performed. And so does other religious obligations.

The question of practice and performance of obligations in religion must not be interpreted or determined based solely on logical reasoning as it relates to obedience to the command of Allah and His messenger.

NASA will have a big announcement of a mysterious