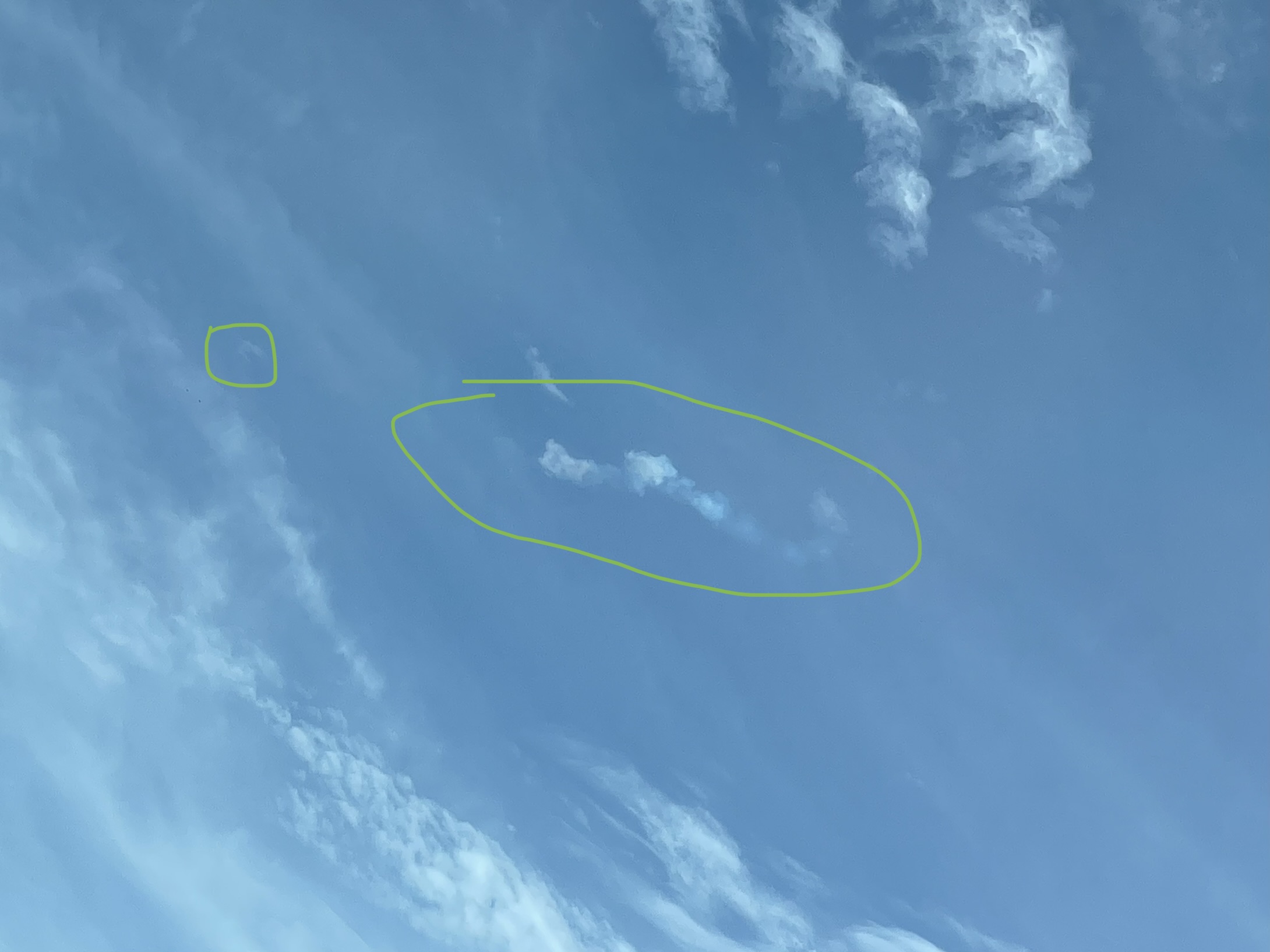 Bandar Seri Begawan – A huge fireball boomed over the Brunei skies and was bright enough to be seen in the daylight today, January 31, 2021.

The Astronomical Society of Brunei Darussalam (PABD) had received numerous reports by the public who had heard a mysterious loud bang in the sky and put up a notice seeking for first-hand eyewitness accounts.

Dozens of people sighting the spectacular phenomenon of a roaring sound from a disintegrated meteor based on eyewitness testimonies. The large boom that was heard and felt from across all districts in Brunei.

Haziq, 22 years old, reported to PABD of first seeing an unexpected bright blueish-green light falling from the sky over Mulaut, and tried to take the photo of the moment. Haziq mentioned “The brightness increased really quick then reduced to an orange reddish colour for a fraction of a second.”

The frightful sound or sonic boom apparently accompanied this planetary rock from space. Another eyewitness, Zaty, 35, also encountered a similar shocking moment from Jerudong. She said, “I saw a bright ball of fire coming from the sky and there was a loud explosion a minute later.”

Some eyewitnesses had reported of seeing the similar meteor streaked through the sky over Lumut. An anonymous observer, 33, said “I believe I saw a meteor occurred this morning on our approach to land at Anduki Heliport in Seria around 11 a.m. local time, but I didn’t hear if there is any explosion due to noise from helicopter”.

Hakem from Tutong said “We were at Penanjong beach and my daughter saw a light orange ball in the sky with a tail of light for a couple of seconds before it disappeared “.

An e-mail from Lau Shien Chung to PABD reported that the fireball was also spotted from Temburong. She mentioned, “One of my colleagues, Ginda, saw a fire trail in the sky at Temburong National Park. He saw the blazing fire at first and the sound of explosion came after.”

Meteors are an irregular and not normal events. Most of the time, meteors are the result of the complete burnt up of a small meteoroid in the atmosphere. Few meteoroids did survive to Earth which are called meteorites.