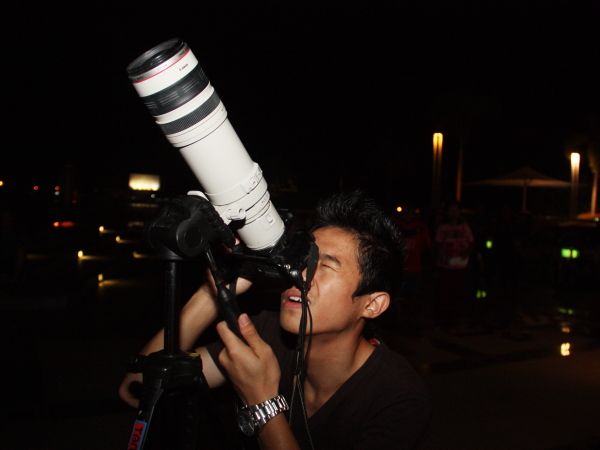 Organised by the Astronomical Society of Brunei Darussalam and The Survey Department. 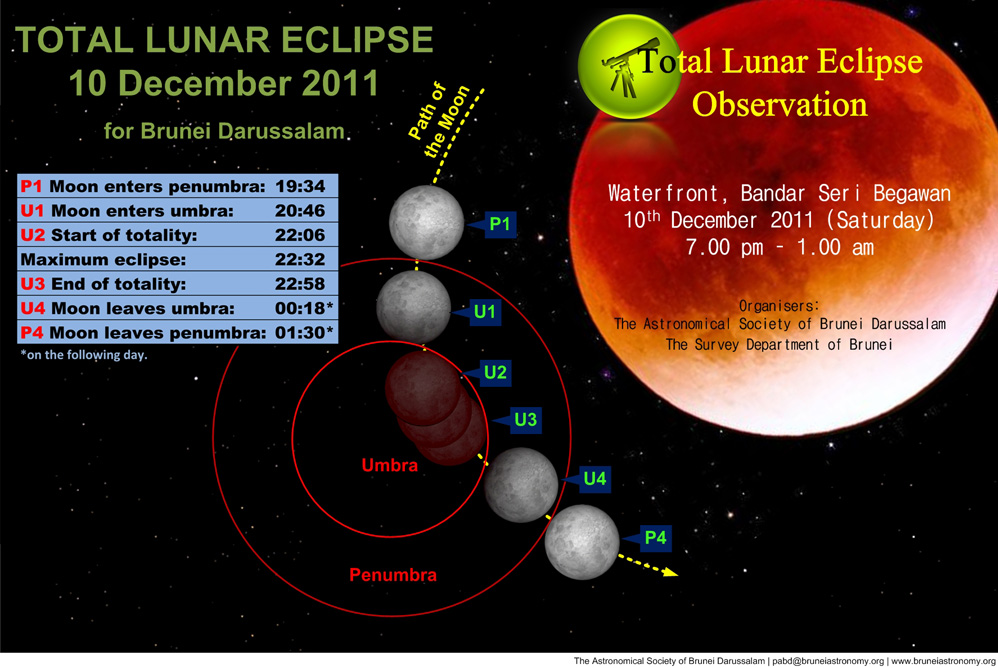 The Brunei Times – ENTHUSIASTS and curious onlookers alike gathered on the streets of the capital last night to witness a full lunar eclipse.The focus of the gathering was at the “Mercu Dirgahayu 60″ monument where the Brunei Astronomical Society and Survey Department had set up several viewing apparatuses for the public.In addition to the telescopes, which were computerised to track the moon, a projector was also set up which was linked to a telescope to give the public a minute-by-minute movement of the moon as it was overshadowed by the earth. Many people started to amass at the monument after 8pm when the eclipse began and it later peaked at 10pm when the moon turned red.

Geologist Eric Pagado told The Brunei Times that after he read an article about the lunar eclipse, he took the opportunity to bring his camera to the Waterfront and take pictures.

Other onlookers such as Hj Sauja, who hailed from Kota Kinabalu said that he came to the waterfront event by accident while he was waiting for his family to pick him up. He said as a “casual” astronomer, the lunar eclipse is a great opportunity to be reminded of the greatness of Allah (SWT).

In conjunction with the lunar eclipse, Sunat prayers were held at mosques and prayer halls nationwide following the Isya’ prayers.