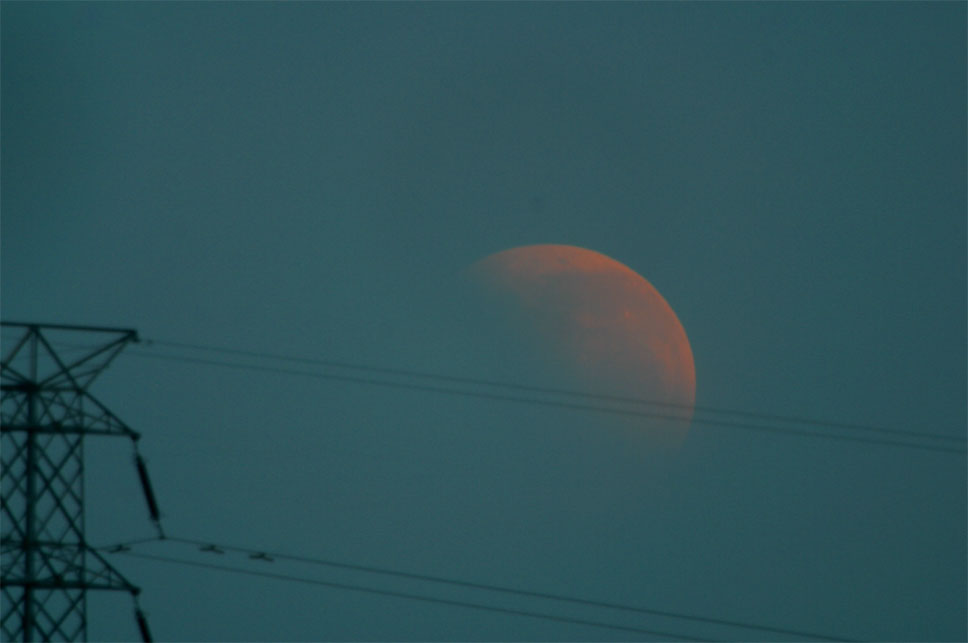 Above: A photographic sequence of a partial lunar eclipse on August 17, 2008 taken at the first contact, when the moon just touches the umbra at 3:35 am, until maximum eclipse at 5:10 am from Bandar Seri Begawan. During the eclipse, the bright full moon slowly moves into the umbral shadow of the Earth producing a dark arched “bite” out of the edge of the moon. The next lunar eclipse visible from Brunei is predicted on January 1, 2010. Astronomical Society of Brunei Darussalam.

“One of the most beautiful sights during a partial eclipse of the moon on August 17, 2008 from Kampong Kiarong. The moon is in a partial egress stage and it is about to set at 6:20 am” Pg Shahdani bin Pg Anom.

“An interesting celestial phenomenon, the partial eclipse of the moon, is clearly visible near the horizon at around 6:00 am from Kampong Bukit Panggal, Tutong” Mr Teo Kui Sheng

We believe that many of Bruneians out there recently have enjoyed the spectacular partial lunar eclipse on early Sunday morning, August 17, 2008. In fact, you are so lucky to witness the event as this country had one of the best viewing conditions around this region.

If you have captured it on your mobile phones, digi-camera or even with your PSP, this society would love to have them share in this website”s gallery.

Simply sumbit your photos via email: pabd@bruneiastronomy.org Kindly, please include your name, location and some quotes from you on the photos. Or you may provide the url link to your photos if you have posted it on the web. 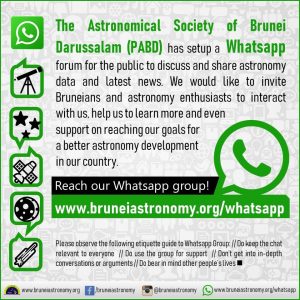