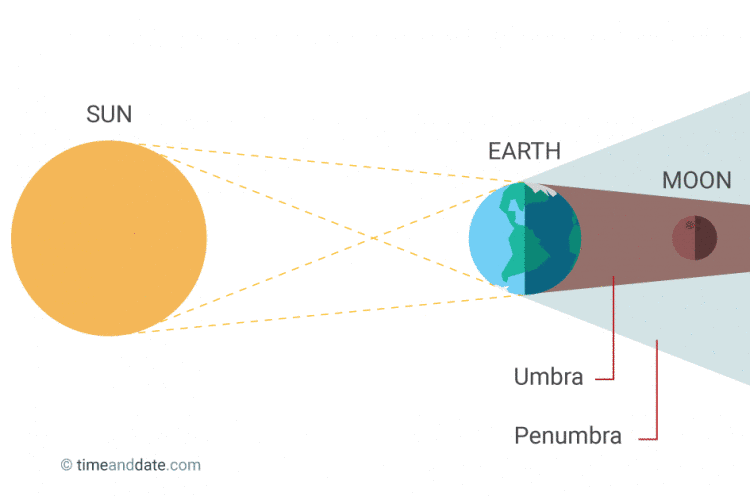 At 7:58 pm, it will be a very spectacular astronomical event as the entire moon will pass through the dark earth`s shadow known as the Umbra. During totality, eclipse observers will notice the full moon to completely darken and likely will turn to coppery red colour.

Totality’s duration is only 4 minutes and 43 seconds when the moon leaves the Umbra at 8.03 pm. Interestingly, the moon passing very close to outer rim of the Umbra will be make this central eclipse being the briefest sight of totality in the 21st century.

The partial eclipse ends at 9.45 pm and sunlight will gradually reach the Moon’s surface as the Earth’s umbra will no longer cover the Moon. By then, the full moon is expected to return to its normal brilliance.

Unlike solar eclipses, lunar eclipse is completely safe to watch with the naked eyes.

The Astronomical Society of Brunei Darussalam will join in collaboration with the Survey Department and Universiti Islam Sultan Sharif Ali (UNISSA) to organise a Lunar Eclipse observation for the public from 6 pm until 10 pm, Saturday (04 April 2015), at Dermaga Diraja (Waterfront) in the capital.

Other activities to take place will include Sky watching (planet Jupiter) and Astronomy Exhibition. Two astronomy public talks entitled Scientific Perspective of Eclipse Phenomenon by an officer from Survey Department and Eclipse Phenomena According to Islamic Perspective by Dr. Sayyed Abdul Hamid al-Mahdaly, Faculty of Usuluddin, UNISSA, are also scheduled in the evening. Members of the public are welcome to attend and admission is free of charge.

The Astronomy Association of Brunei Darussalam is working jointly with the Survey Department of the Ministry of Development and the Universiti Islam Sultan Sharif Ali or UNISSA to organise a Total Lunar Eclipse Observation event on Saturday at the Royal Wharf in the capital starting at 6 in the afternoon until 10 in the evening. A media conference was held this afternoon to elaborate more details on the cosmic event at the Senat Room in UNISSA.

According to Pengiran Haji Saiful Bahrin bin Pengiran Haji Kula, the Joint Chairman for the Total Lunar Eclipse Observation event, the public will have the opportunity to witness a phenomena of a total lunar eclipse which only occurs when the sun, earth and moon are in line with earth, which will be in the centre throughout the spectacular astronomical event. Meanwhile, Awang Hazarry Bin Haji Ali Ahmad, the General Secretary of the Astronomy Association of Brunei Darussalam disclosed that the Moon eclipse is completely safe to watch with the naked eye. The Survey Department will also be providing a number of telescope to help the public to see more clearly. The phenomena is also visible in many areas of the world such as Asia, Australia Pacific, North and South America. Several activities will also be organise during the event and among them are an astronomy exhibition as well as a general talk on eclipse. Members of the public are also invited to attend and entrance is free.

How to Photograph a Lunar Eclipse by Fred Espenak