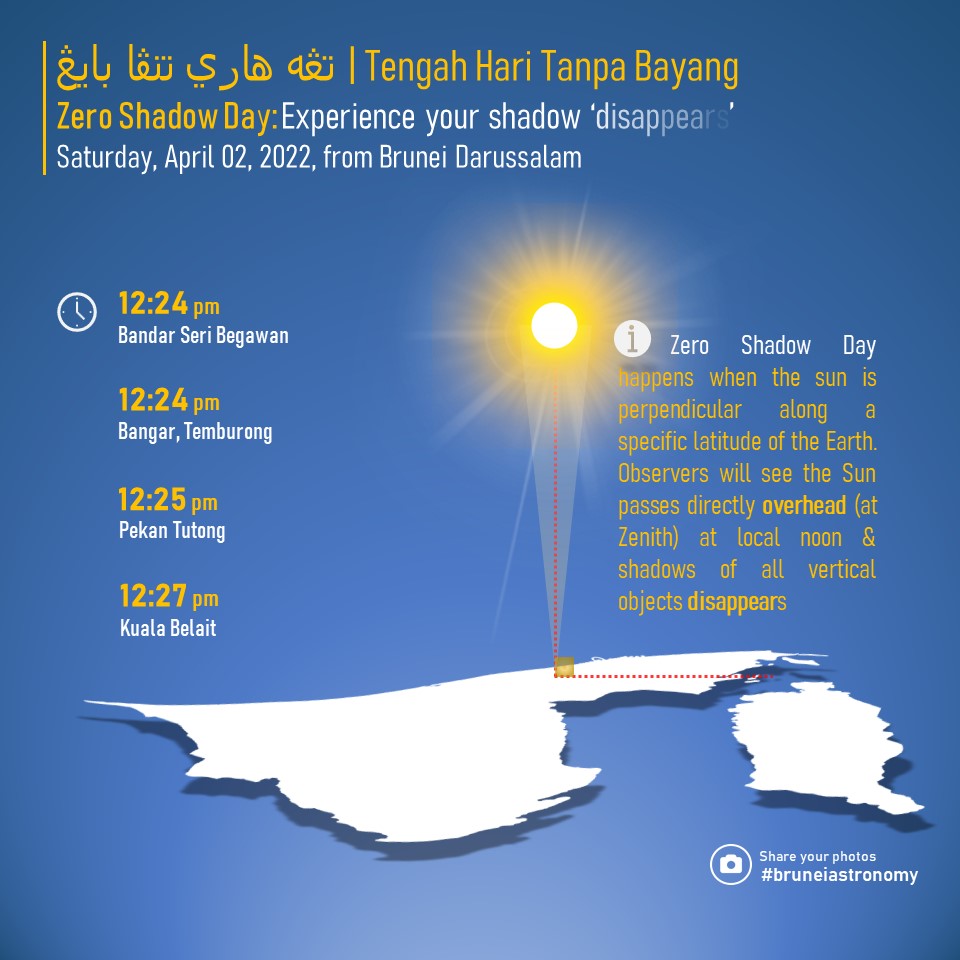 Bandar Seri Begawan – People in Brunei Darussalam will be able to experience the Zero Shadow Day phenomenon where shadows at noon will “disappear” on Saturday, April 02, 2022.

On the day, the Sun gets to the highest point in the sky at Zenith (directly overhead or 90° above the horizon). Its rays will make the shadow of any object to fall directly beneath it, which seem like there are no shadows.

The Earth’s rotational axis is tilted at the angle of 23.5° making the Earth orbits the Sun at an angle. Thus, the path of the Sun in the sky is not always the same each day.

There will be twice in a year when the Sun is directly overhead which only occur at specific regions between the latitudes Tropic of Cancer and the Tropic of Capricorn.

In Brunei Darussalam (as well as areas along latitude 4.9°N), the biannual subsolar point happens on April 02 and September 10.

You can stand or place a vertical object (such as pole, bollard, and bottle) in the sun. You will see the shadow getting shorter and shorter, and eventually disappear at exactly the stated time. It will last for 30 to 40 seconds before the shadow reappears later.