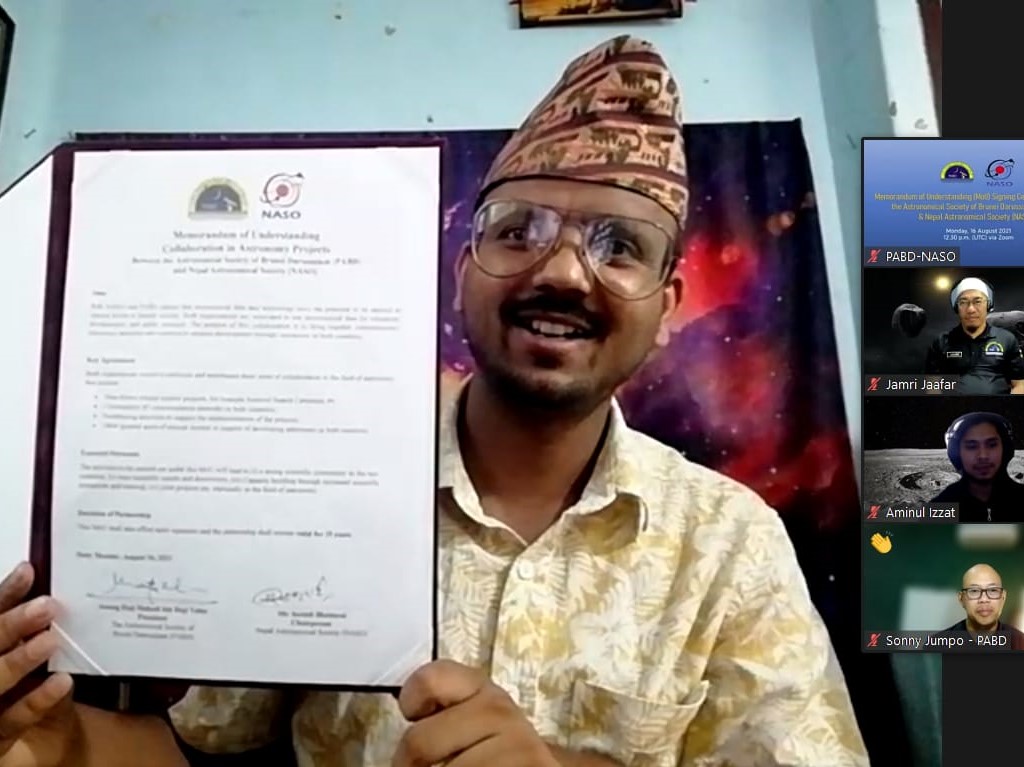 Both organizations vowed a 15-year partnership to publicize and collaboratively implementing four (04) key areas in the field of astronomy. Firstly, to implement data driven citizen science projects such as Asteroid Search program. They also agreed on to establishing coordinated communication networks in both countries. The MoU will facilitate in fundraising activities to support the implementation of the projects. PABD and NASO will implement support astronomy development in both countries on other areas of mutual interest.

The joint activities to be carried out under this MoU will lead to (i) a strong scientific community in the two countries; (ii) new scientific results and discoveries; (iii) Capacity building through increased scientific interaction and training; (iv) joint projects etc. particularly in the field of astronomy.

Both NASO and PABD realize that astronomical data and technology have the potential to be applied in various fields to benefit society. Both organizations are motivated to use astronomical data for education, development, and public outreach. The purpose of this collaboration is to bring together complementary resources, networks and expertise to advance development through astronomy in both countries.

The online signing ceremony was attended by executive managements and members from both organizations.