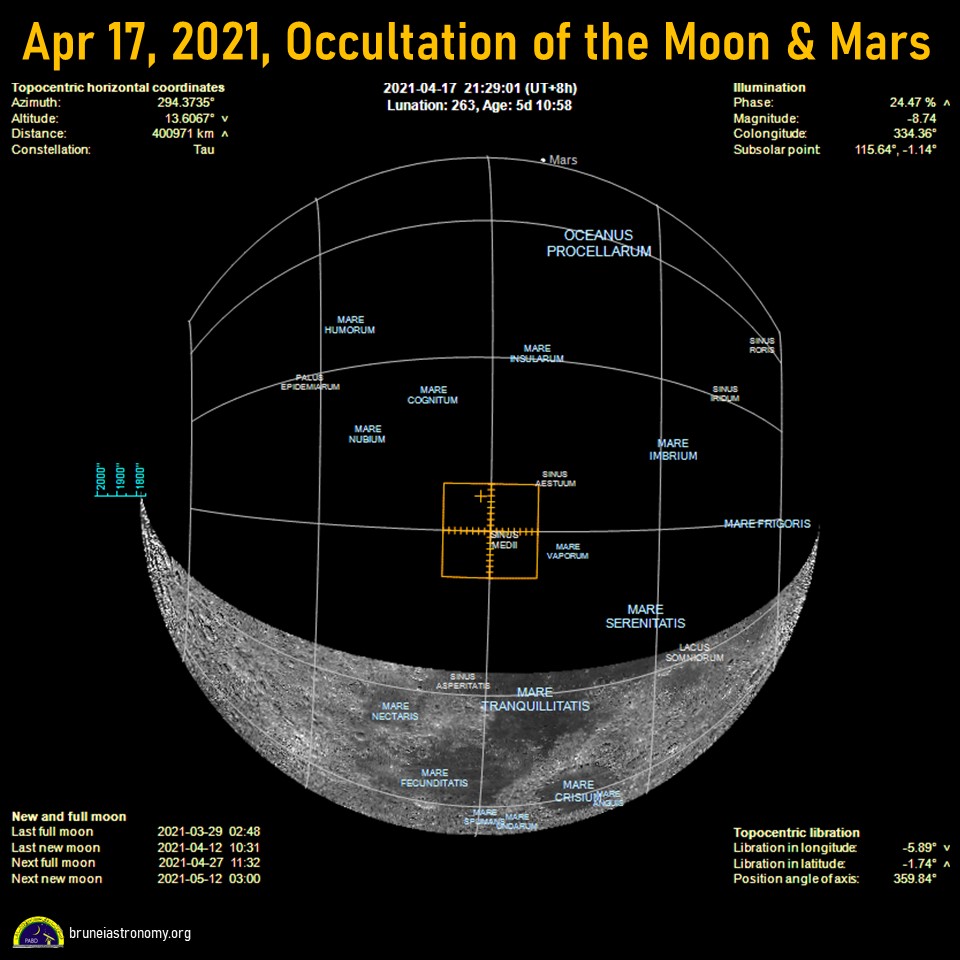 The Moon will pass in front of Mars, creating a lunar occultation visible from only small region of central Asia including Brunei Darussalam.

An occultation is an astronomical phenomenon when one object is obscured by another object that passes between it and the observer.

The celestial spectacle will occur at exactly 9:29 p.m from Brunei when the Moon quickly covers Mars up.

The bright planet Mars will slip behind the moon’s dark side and will be visible to the naked eyes. From Brunei, the Moon will be very low on the horizon during the event, and lunar gazer must be at location with unobstructed view of the Western sky.

Since the Moon is our nearest cosmic neighbor, it regularly passes in front of planets or bright stars in the sky. But occultations by the Moon and Mars from the same location on Earth is exceedingly a rare occurrence. It is often described as “perfect planet alignment” which is rare occurance.

During the eight millennium period 2000BC – 6000AD, somewhere on the Earth will experience a total of 118,243 occultations of the planets. In the case for Mars occultation, the average is about 2 occultations per year around the world.

The Previous Mars occultation from Brunei happened in May 2008. The next similar occurrence in Brunei is set to take place 77 years later, on February 7, 2098.