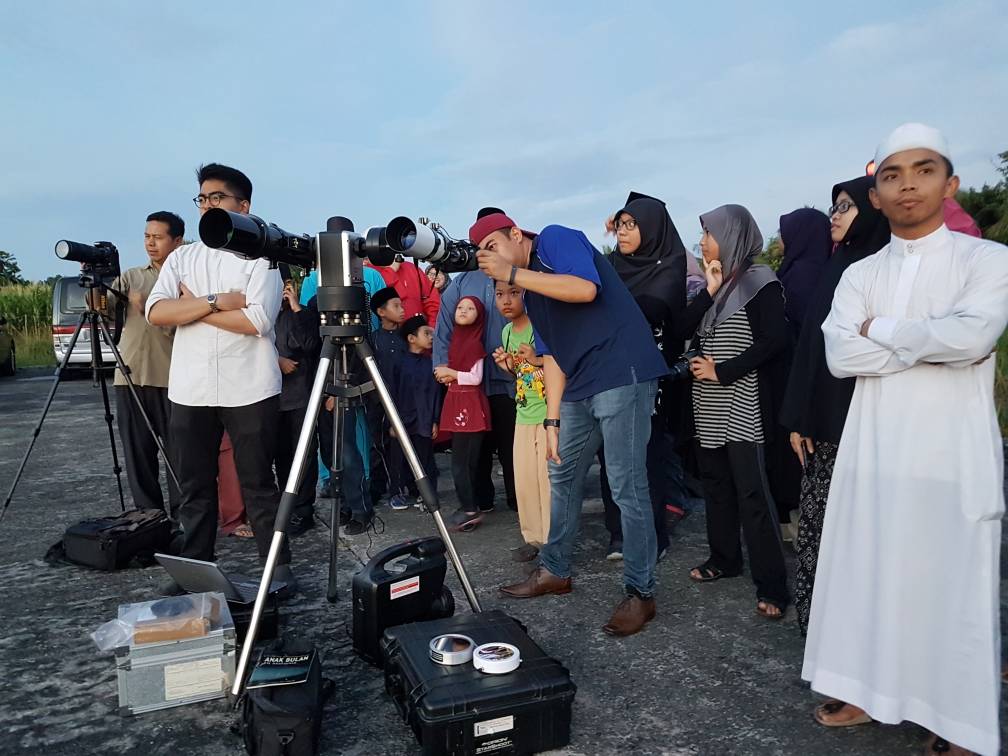 Bandar Seri Begawan – The official first day of Ramadan falls tomorrow (27th May 2017) in Brunei Darussalam as the moon crescent of Ramadan was sighted by the officials (of the new moon sighting committee) in this country.

The members of Brunei Darussalam Astronomical Society organized the crescent sighting at Bukit Agok in Tutong. It was attended by 30 members including the public.
In the afternoon, the weather was cloudy on the western horizon at sun set but Jupiter was clearly seen at around zenith. Only at after 25 minutes after sunset that the ultra-thin crescent (of 14.9 hour old) was firstly visible through CCD (Digital Camera) then sighted through 120mm refractor. Nationally, this was the youngest new moon sighted and broke the previous national record (15.5 hour old) in 2015 Apr 19.
PABD findings from this afternoon observation was also reported to the International Astronomical Centre (ICOP) via this site icoproject.org