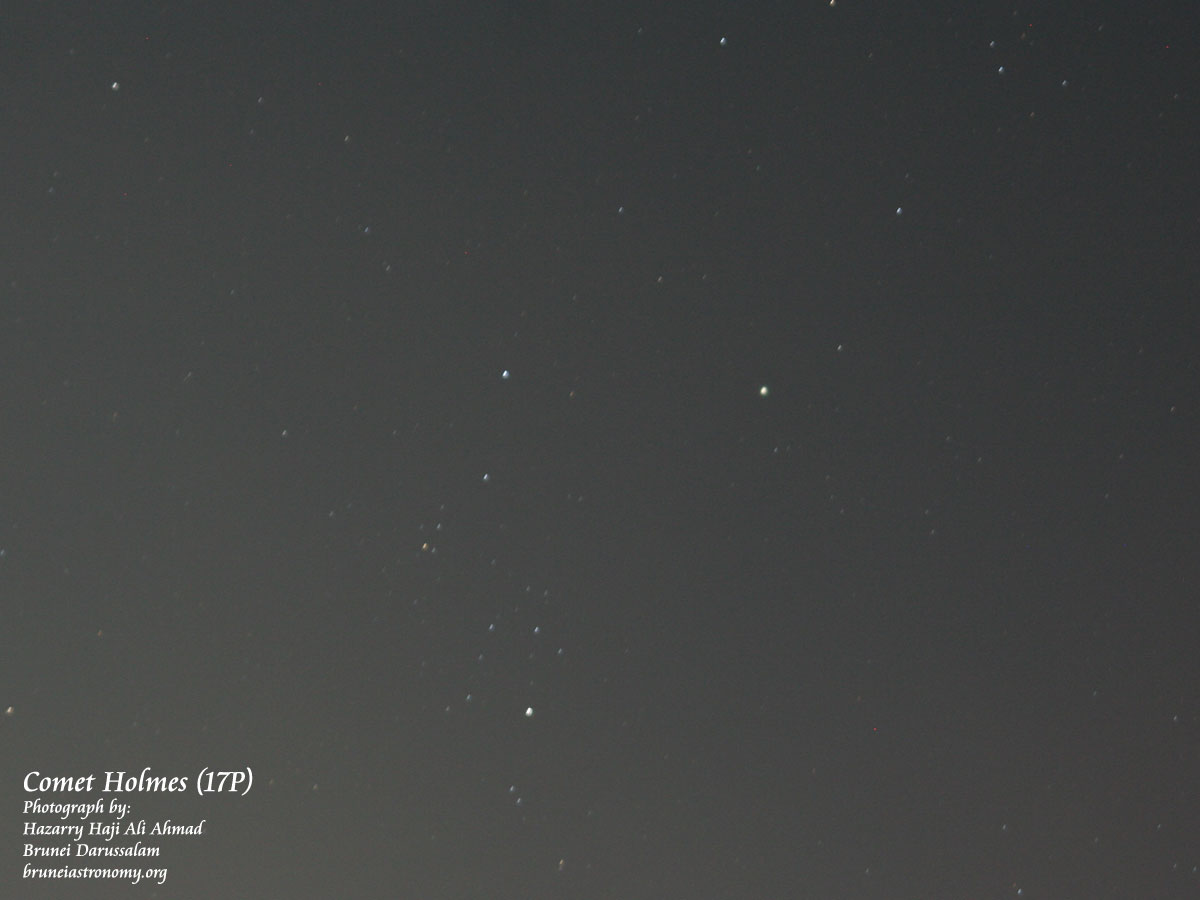 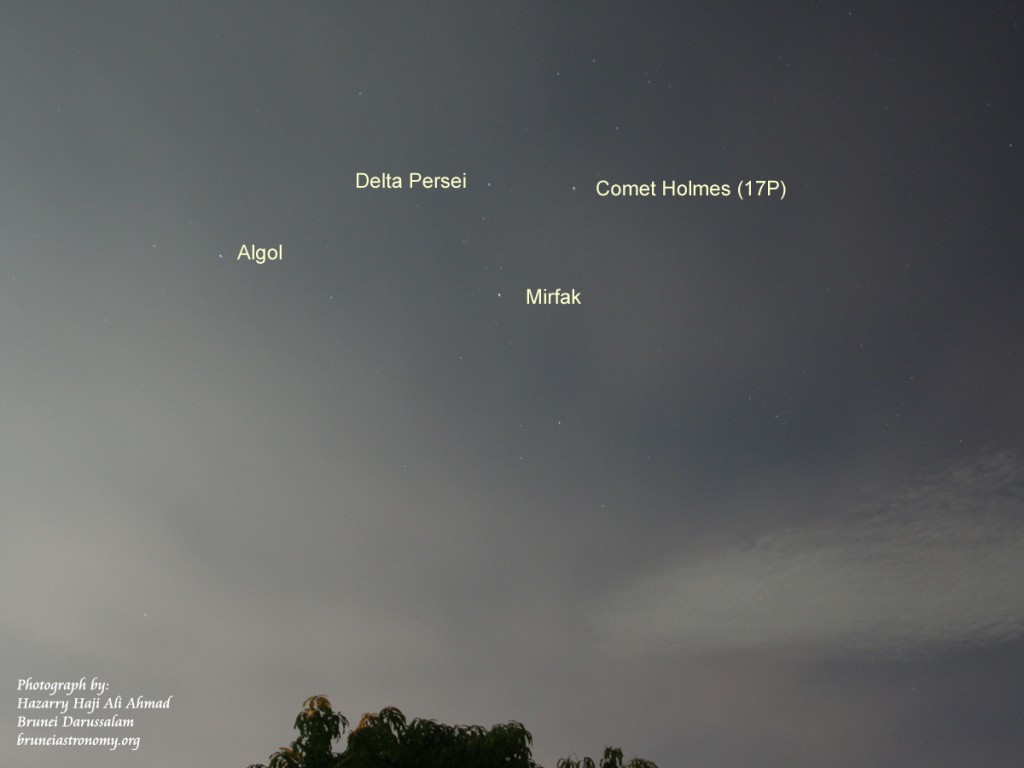 Above: The Coma of the comet seen as a fuzzy ball of light. Note that there is no tail. Photograph by Hazarry Haji Ali Ahmad.

Bandar Seri Begawan, October 27 – The recent mega out burst of comet Holmes 17P since October 24th surprises comet hunters and stargazers around the world as the comet appears from a 12th magnitude to an easily spotted naked eye object in the sky.

People in Brunei too should not miss this rare opportunity to gaze up the sky for the comet. The comet can be seen even without the aids of telescopes all-night long in  the constellation of Perseus.

Currently, a close up view of the comet appears as a yellowish fuzzy ball and it is lacking a tail. Last night, seeing with the naked eyes, the 3rd magnitude comet appeared like a “star” and is easily visibled despite of the interference from the full moonlight.

Astronomers are baffled by the outburst and no explanation has been given yet for such appearance. A comet have been known as a relatively small extraterrestrial body consisting of a frozen mass (of ice and dust) that travels around the sun in a highly elliptical orbit.

Progress of the comet will be updated from time to time and guidelines of viewing the comet can be found on this page later.