Robert Reeves has been exploring the Moon since 1958 and took his first lunar photograph in 1959. He began telescopic astronomy with a four-inch Criterion Dynascope, his Christmas present in 1960. In 1975, he acquired a Celestron C8 telescope, which he still uses today. In 1977, he acquired a Celestron 8-inch Schmidt camera that he used for a quarter century for deep-sky photography. Today, Robert uses a Celestron C11 EdgeHD and a Sky-Watcher 180-mm. Maksutov for lunar photography from his Perspective Observatory located in central Texas. He also uses a Sky-Watcher 20-inch Stargate telescope for visual observing and a Celestron C14 with HyperStar for deep-sky photography. 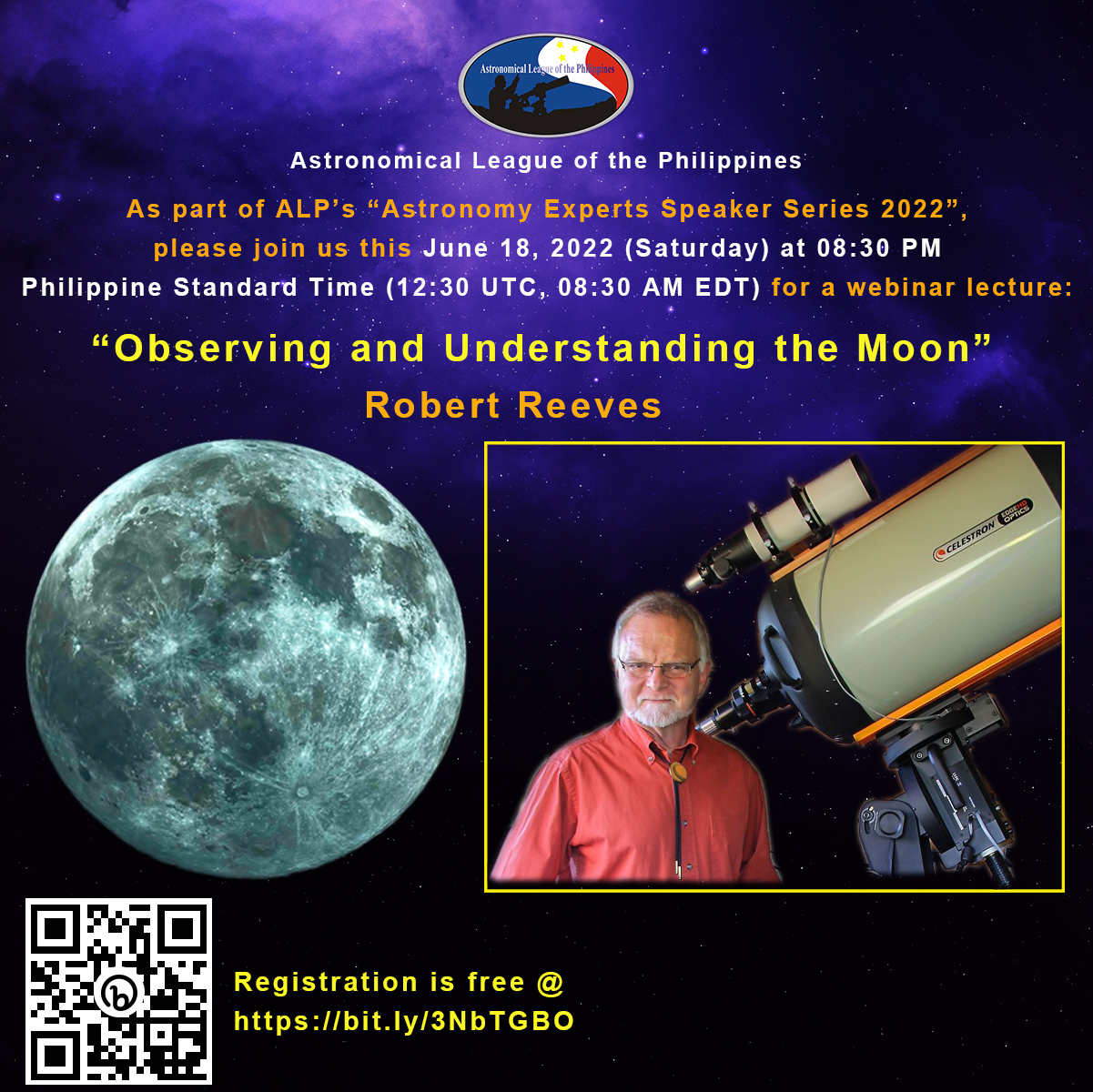 In 1984, Robert began publishing articles about astrophotography in Astronomy magazine. Since then, he has published more than 250 magazine articles and 200 newspaper columns about astronomy. His articles have appeared in Sky & Telescope, Astronomy, Deep Sky, Deep Sky Journal, Amateur Astronomy, and The Astrograph.

Although Robert is an accomplished deep-sky astrophotographer, his current passion is re-popularizing the Moon within the amateur astronomy community by explaining the origin of the Moon, the evolution of its face, and introducing its geology to Moon lovers everywhere. He has perfected image-processing techniques that allow an amateur astronomer, using modest equipment, to exceed the quality of Earth-based professional lunar photographs taken during the Apollo era.

Robert enjoys speaking at astronomy conventions and spreading his passion for the Moon. His recent activities include a five-city speaking tour in China, where he was the first Westerner to address the Chinese astronomy community about the Moon. Robert also represents the Celestron telescope company at national astronomical conventions

Asteroid 26591 Robertreeves is named in his honor, and asteroid 26592 Maryrenfro bears his wife’s name. Robert and Mary Reeves are the only husband and wife team to have sequentially numbered asteroids.

Abstract:
Robert Reeves will cover the basics of how the face of the Moon evolved, what the different types of lunar features are, and how they are related to each other.

Registration and the webinar is free. Please use this link to register https://astroleaguephils.org/june-18-20 ... rt-reeves/
Top
Post Reply
1 post • Page 1 of 1