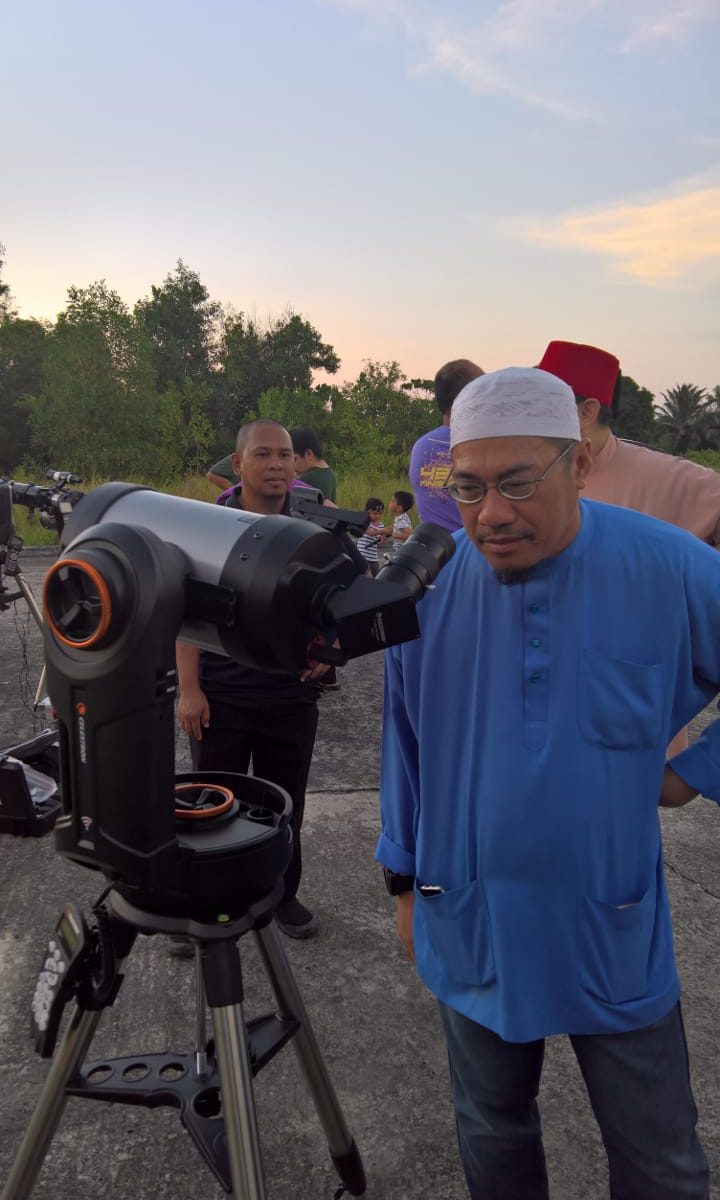 Bandar Seri Begawan – Members of the Astronomical Society of Brunei Darussalam were at Bukit Agok, Tutong, for a practical session to look for the new crescent moon (hilal ~11 hour old) this evening of Sunday, May 5th in anticipation of the beginning of the holy month of Ramadan.

Members had the opportunities to learn setting up telescopes properly, scopes alignment to the sun or other bright objects, photographing and tracking the new moon. The western sky was pretty clear at sunset, and a sunspot was also visible on the sun.

END_OF_DOCUMENT_TOKEN_TO_BE_REPLACED 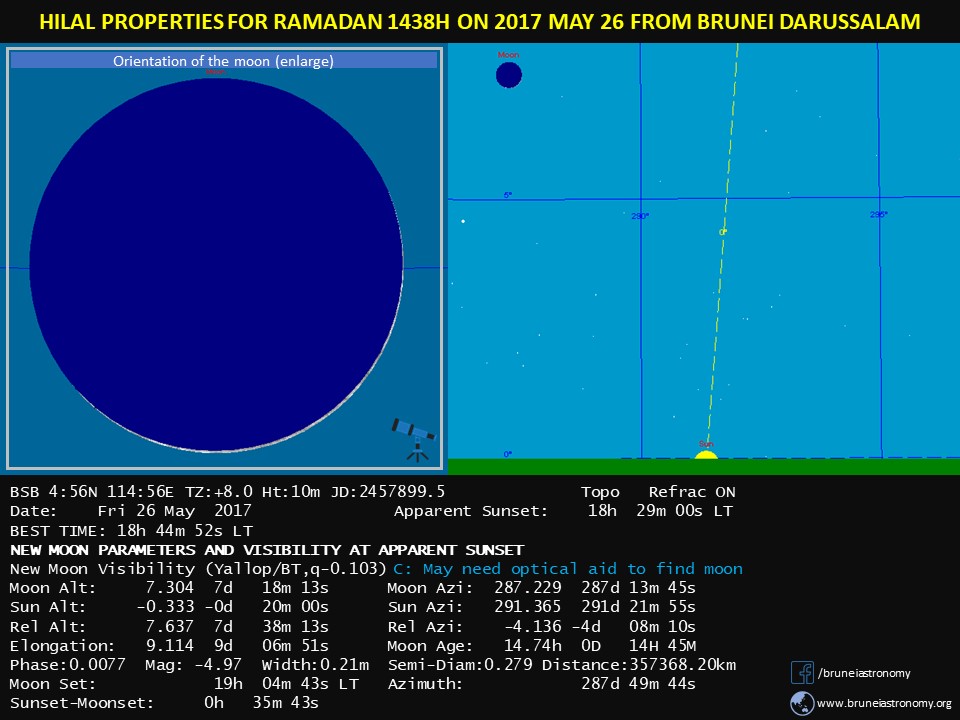 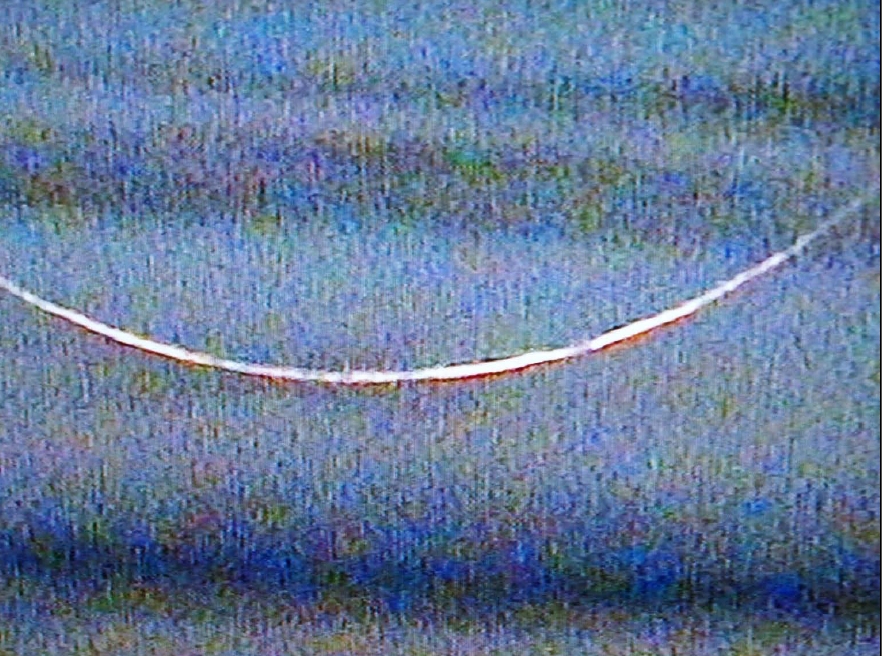 Bandar Seri Begawan – The official new moon sighting date to determine the beginning Ramadan 1436H will be on Tuesday afternoon, June 16. The sightings will be carried out in several vantage hills across the country by government officials from the Ministry of Religious Affairs and Survey Department.

In conclusion, the moon is a waning crescent, that is not a New Moon, and not observable as it sets earlier before the Sun goes down. However, the starting date of fasting in Brunei will depend on the official announcement on that evening. 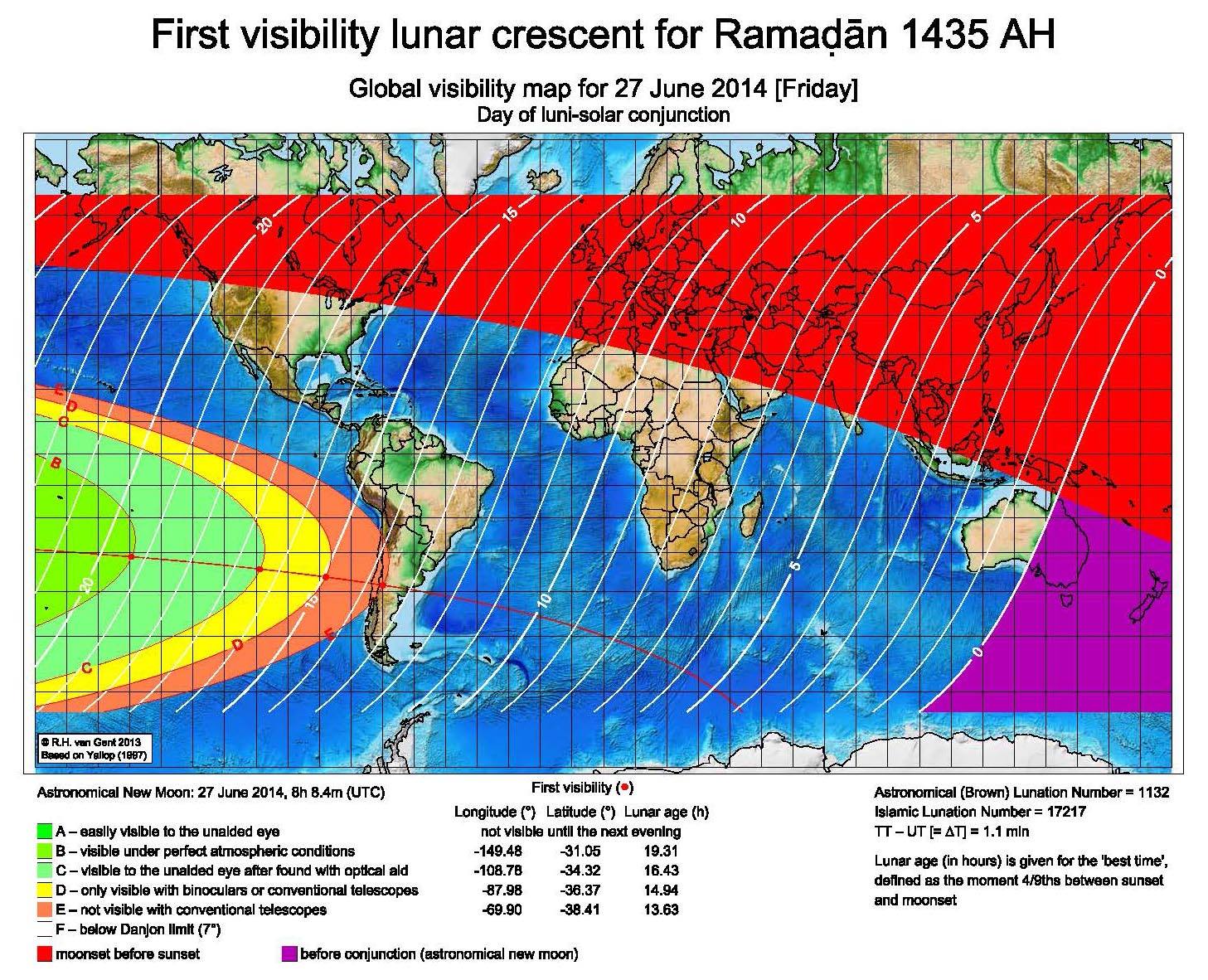