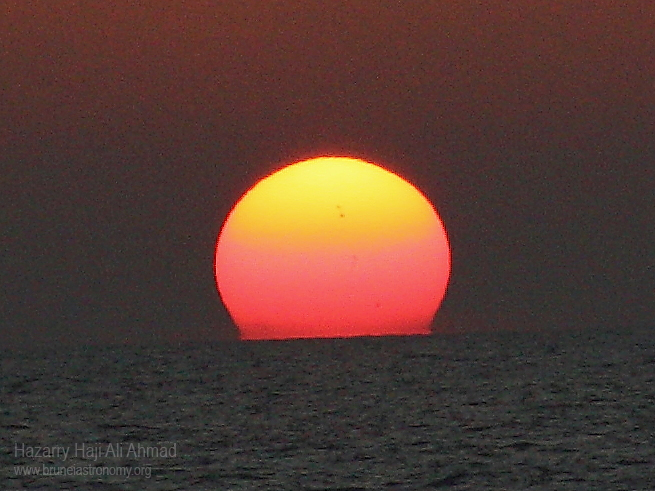 Bandar Seri Begawan – The current sun is increasingly active with larger sunspots and the number increasing. Local solar observers are encourage to look at these sunspots safely with solar filters within this few days (Warning: Do NOT look at the sun directly).

As it can be seen from the photograph below, the sunspots appeared dark but in fact they are not. They were just appear dark by contrast. These regions can reach between 1100 to 2500 degrees Celcius and cooler than the surrounding surface.

These spots were capable of producing X-class solar flares which can effectively damage the man-made communication satellites but also interestingly producing green auroras around the Earth’s poles.