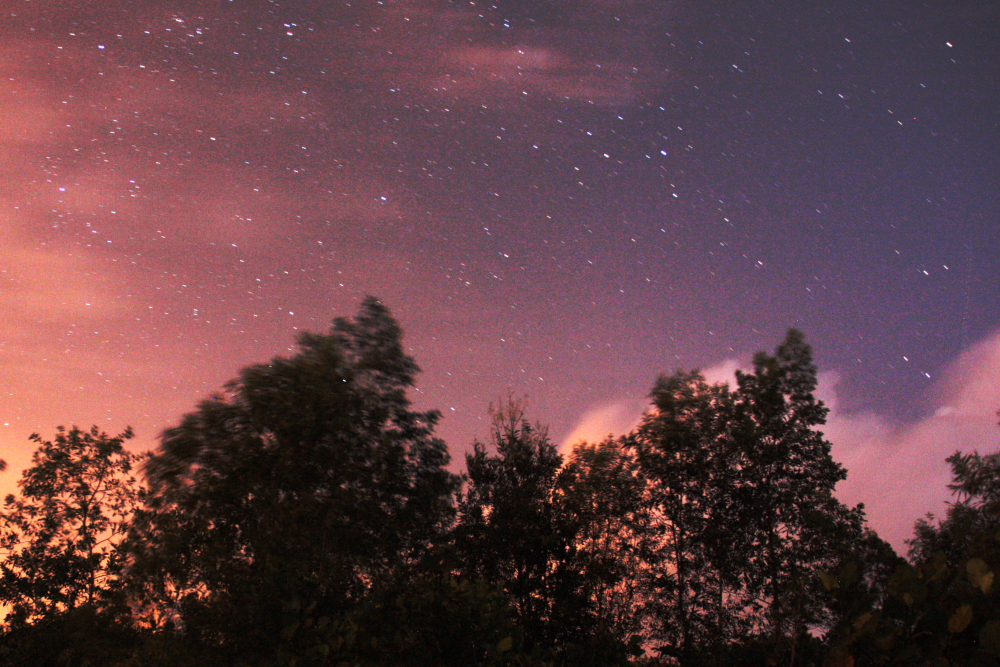 Bandar Seri Begawan – Today, in the early hours a few members of the Astronomical Society of Brunei Darussalam (PABD) were at the Bukit Agok, Tutong, to catch the annual meteor shower.

The meteor show peaks on 13/14 of December and astronomers said it would be the best meteor shower this year.

Coincidently it was a moonless night so it will provide us a greater chance to view the shooting stars. But clouds were coming and going and mostly patching the sky. Despite of the cloudy morning, we were lucky as the view of the sky began to get clear around 1.45 am.

As soon as the sky cleared up, the excitement began as meteor streaked and some had left trails across the sky. It was the Geminids meteor shower and they were few bright slow meteors seen but mostly they were faint and fast. It was a brilliant display with rate count went up to 30 meteors in an hour.

Some of us tried to take photos of the meteor show, unluckily none of us managed to capture even though the view was perfectly in frame. I account this failure was due to the light pollution and certainly the camera set should be upgraded to use a very fast lens ( f/2.8 – 2).

About 3 am, the thunderstorm started to come in forcing us to end our observation.

#Repost @idadarksky --- It may seem harmless, but

At Tanjong Batu Beach, one of the best spots in Br

14 days to go! Smooth preparation towards the Ly

Watch a rare sight when a bright star appears from