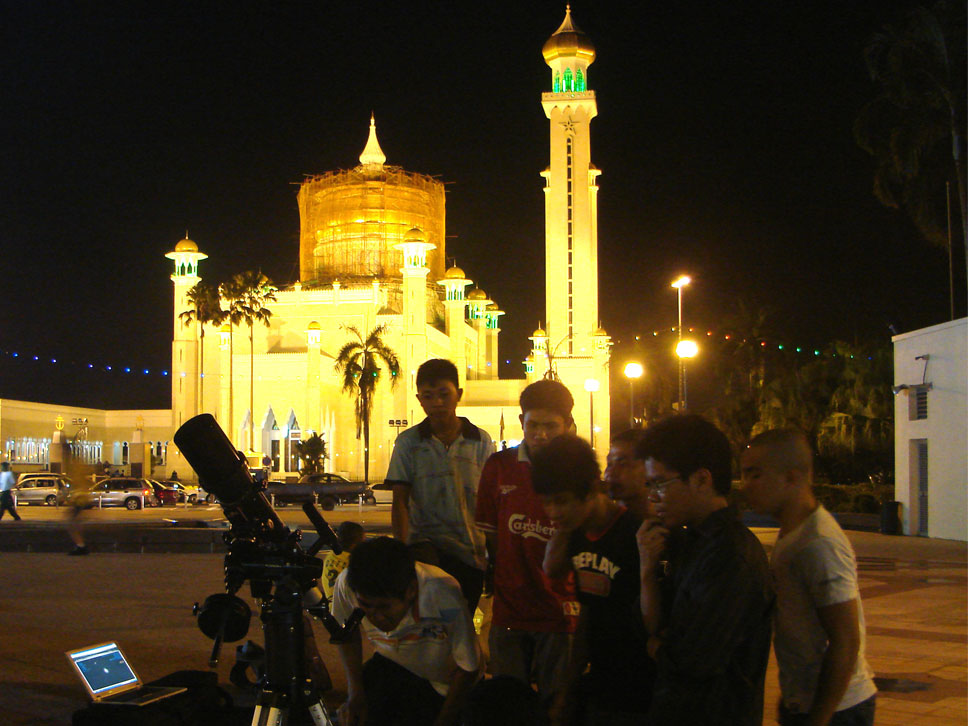 Sidewalk Astronomy at the Yayasan Complex, BSB in July 2008.

Bandar Seri Begawan – With a bit of luck on the weather, PABD had managed to organise a sidewalk astronomy at the Yayasan SHHB in the capital on the evening of July 22.

It had attracted many passing-by night market buyers. The excellent weather condition had made viewing Jupiter a breath-taking experience for many visitors.

“I thought that bright star is an artificial satellite.” said one of the visitor who now had witnessed the giant planet. Along side of Jupiter were the four major satellites or moons which was clearly visible through a 100mm Orion reflector telescope.

Present at the event was PABD’s Vice President, Ustaz Hj Johar bin Mohammad. The sidewalk astronomy will continue on every clear evening until 31st July 2008.

You can be one of the mission crew to the Moon.

Reflecting the brilliance of the sun The Moon is

#Repost @vy_photoworks ・・・ Mars with the Sev

The celestial gems - Mars closes to the Pleaides -

A spectacular view of Mars embraces the Seven Sist

Today’s sunspot, a patch of darkness on the Sun,